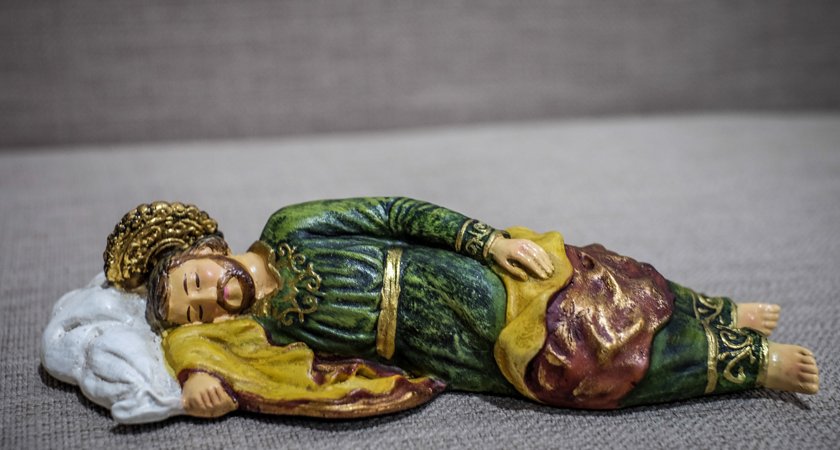 Although my own childhood parish was dedicated to St Joseph, he didn’t ever get much of a look-in there, living in the shadow (or the hangover) of St Patrick’s feast day two days earlier. In any case, an elderly chap carrying a lily, most frequently described as the Blessed Virgin’s “spouse most chaste”, wasn’t the most obvious of role models, whether for 1960s fathers or their 1960s sons. So dismissing the current Year of Saint Joseph as irrelevant, together with all the bad statues and cloying piety that have cluttered our churches down the centuries, would be an understandable Anglo-Saxon reaction to the Pope’s move.

Yet that would be a mistake because, as Pope Francis’ letter, Patris Corde, argues, St Joseph has much to teach us – perhaps especially in an age when children “often seem orphans, lacking fathers” and when “the Church too needs fathers.”  (PC n.7) Could he awaken in us menfolk “a father’s heart” at the start of the Third Millennium? Could he, by intercession and example, bring some healing to the contemporary “crisis of masculinity”?