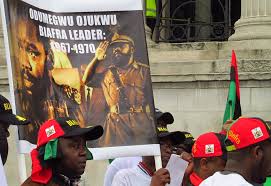 The Nigeria-Biafra War was fought over the formation of the state of Biafra, made up of eastern states in Nigeria who declared their independence in May 1967.

By the time the war was over, as many as two million Biafran civilians had died of starvation, disease and injury.

Christian Aid was one of the humanitarian agencies who responded to the plight of Biafrans facing mass starvation. We sent medical teams to run clinics on the front line.

Brian Sheen travelled from Cornwall to Nigeria to work with a Christian Aid medical team in 1968.