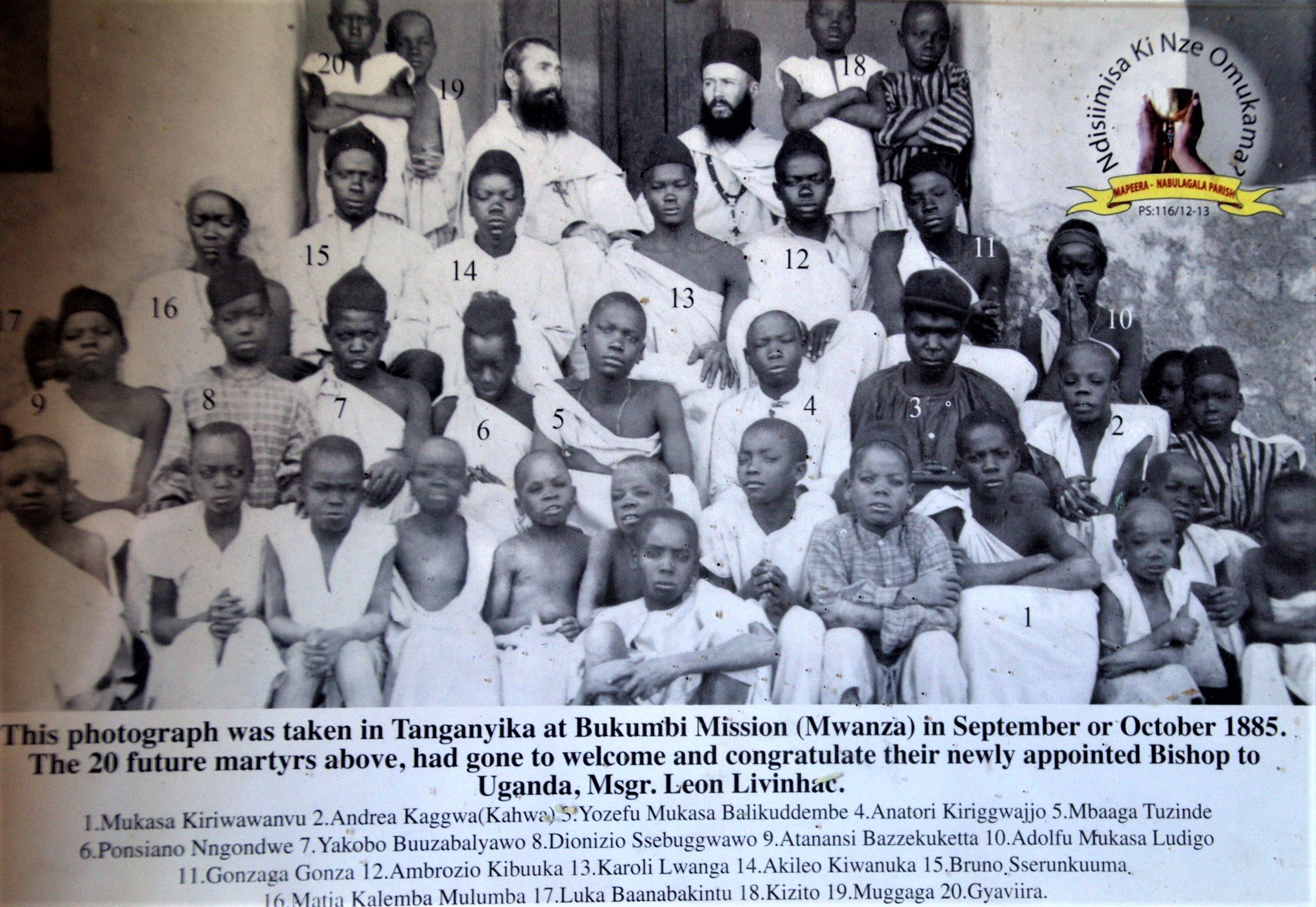 Dear Lord, we thank You for the virtue and example of Your martyr, St. Charles Lwanga and his Companions.

Help us to imitate the deep love for Your Church that inspired them to spread the Catholic faith to others.

St. Charles Lwanga and Companions, you lived in a society that was hostile to the Catholic faith.

Your ruler was violently opposed to Christianity. He did all he could to stop you from handing on the Catholic faith to others.

Despite the threat of suffering and death, you did not hesitate to teach others about Christ and bring them into His Church.

You continued to preach the Gospel and lead others to God, even though doing so would lead to your death. Pray for me, that I may have courage and devotion like yours.