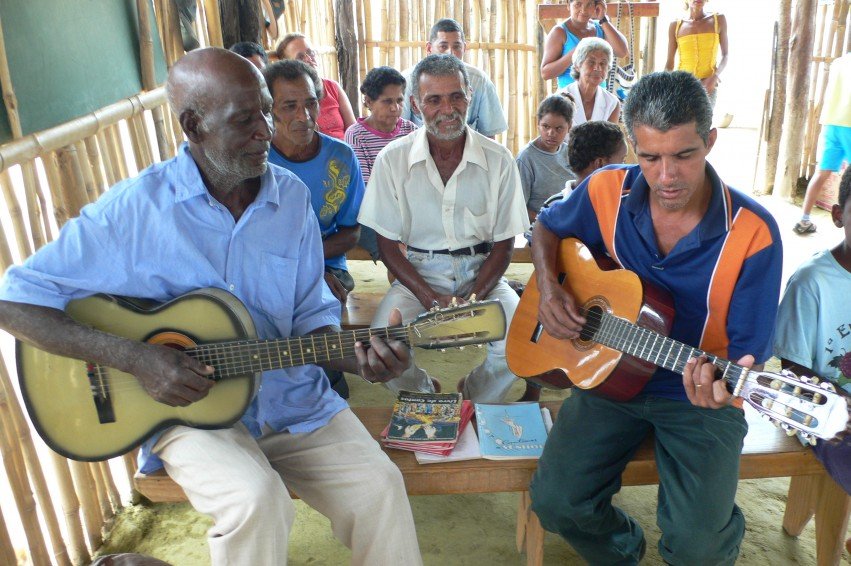 The generosity once shown to the Founder by the people of the United States continues in the present day. America might have provided relatively few Mill Hill Missionaries but its contribution to the work of the Society throughout its history had been far from small.

The response of the American Catholic community to the annual appeals made by Mill Hillers in dioceses and parishes from state to state is an important factor in the Society’s ability to carry on its work.

Mill Hillers, for their part, have striven through the years to contribute effectively to the pastoral life of the Church in America through parish ministry in the city of New York and elsewhere. From their present headquarters in the suburbs of New York they continue to serve in the demanding work of hospital chaplaincy. In Arizona, one American-born Mill Hiller who has served in Pakistan is now involved in an apostolate to the Native American population. Another continues to dedicate his energy to research into different aspects of the Society’s history.

The most recent development has been the appointment of a small international team of Mill Hillers to join in the archdiocese of New York’s outreach to the city’s Hispanic population.

In response to Pope John XXIII’s appeal to missionary societies to supply priests for the Church in Latin America, the Mill Hill society appointed some of its members to work in Chile where local priests were few. The task they undertook was the building of Basic Christian Communities among the residents of housing estates in the centre of Santiago. During the period of military dictatorship that followed the overthrow of the socialist President Salvador Allende, Mill Hill priests and lay Associates were closely involved in the struggle for civil rights. More than one missionary suffered arrest and physical abuse at the hands of the police. The military junta’s sustained onslaught on the Basic Christian Community movement, and the weakening of the progressive wing of the Chilean Church, caused stresses and strains that slowly brought the Mill Hill mission there to an end.

The Society was also persuaded by the shortage of Latin American- born clergy to send a number of its members to serve in Peru. A decline in its own numbers, however, as well as new commitments elsewhere, made a long-term commitment to Peru impossible.

The Mill Hill apostolate in Ecuador began with the provision of medical care and instruction to shanty dwellers on the outskirts of Guayaquil, the country’s most populous city. Later, at the request of the local archbishop, Mill Hillers accepted pastoral responsibility for the inhabitants of a settlement built on stilts over a former mangrove swamp. This challenging Ecuadorian mission emerged from one man’s concern for the physical and spiritual health of the poor, and continued for many years until his retirement.

Brazil proved to be the most enduring of the Society’s outreaches in Latin America. Beginning in 1975 the Mill Hillers in various parts of the country became actively involved in pastoral service, in the cause of agrarian reform, in health-care schemes and in the formation of Christian community among the poor and dispossessed.

Almost all of the Mill Hill missionaries at work in Latin America are now stationed in Brazil, a country rich in natural resources but blighted by an expanding gap between the rich and the poor. A short-sighted vision of economic success has led, in the world of worh, to widespread injustice, and to degradation of the natural environment. The slow pace of the movement towards land reform forces the migration of the rural poor to towns and cities, where a more secular individualistic culture exerts a damaging influence on traditional family and community values.

The Mill Hill mission among relocated people is centred on the formation and animation of Basic Christian Communities, where people learn to reflect on and pray about their common situations and issues in the light of the word of God, and which are freguently the mainstay of the life and activity of a parish. Prayerful reflection among the youth leads on to lively programmes of evangelisation in which they testify publicly to their faith in Jesus.

The missionaries’ efforts to generate spiritual energy among their people go hand in hand with the facilitation of practical measures to improve the guality of life among groups such as migrants, landless farmers and urban garbage collectors, and the engagement of the poor in the care of their environment.

Elsewhere in Latin America, a single Mill Hiller serves in the Society’s name in the Bolivian capital Cochabamba. There he collaborates with more than one congregation of Sisters in the Amanecer project, founded by the Daughters of Charity to care for the runaway and abandoned children of unemployed migrant worhers. The Mill Hill man is responsible for the welfare of boys of different age-groups in two residential homes. The young people receive formal and vocational education, spiritual formation, counselling where necessary, and are prepared when possible for reunion with their families and for reintegration in society. His pastoral activities include the celebration of the Eucharist in Amanecer, the local parish and the city’s male and female prisons.