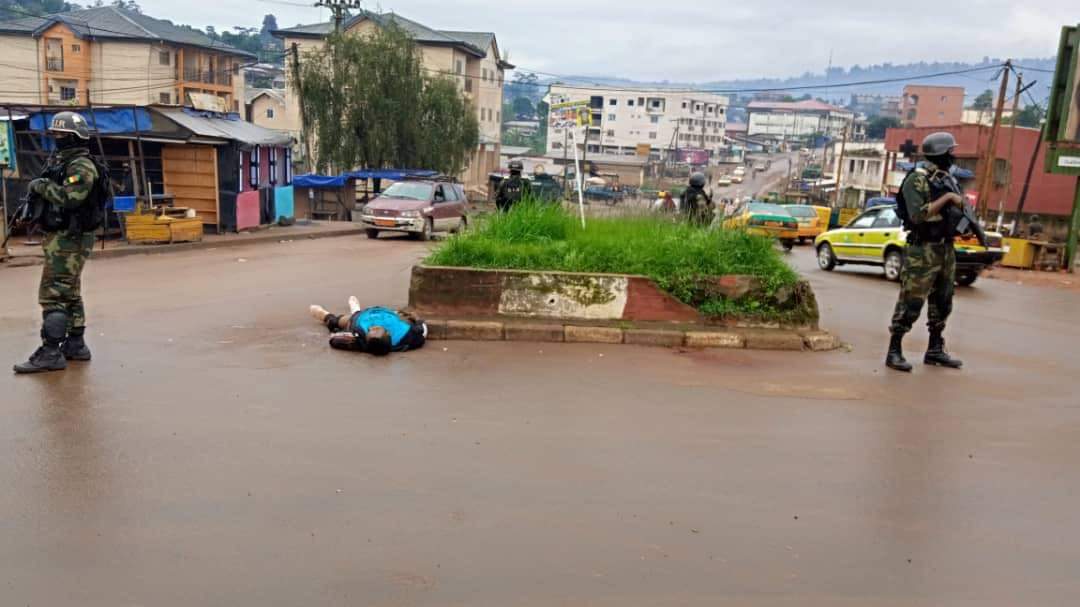 We bring to you warm greetings from Kumbo. Hope you are all doing well and staying safe from the deadly COVID 19. For us here, we are battling with the increasing rates of COVID infections and the socio-political crisis which has continued to plague the region creating a serious humanitarian crisis. For over 4 years now, men, women and children have continued to live in perpetual fear. Uncertainty has continued to roam the neighbourhoods as sounds of gunshots filled the air and dead bodies litter the streets. Since the beginning of this year, violent confrontations between the state and non-state armed groups clamouring for an independent state, Ambazonia have persisted. Armed separatists’ fighters have been conducting several targeted attacks against the state security and defense forces that have resulted in many deaths, injuries, and destruction of military installations and vehicles. These attacks are conducted through gun battles and the use of Improvised Explosive Devices (IEDs). Besides targeting the state armed groups, these fighters have also continued to exercise force in their attempt to control what they now refer to as the “Ambazonian territory”. Civilians who do not abide to their laws or who act to favor the government are kidnapped, tortured and killed or charged to pay heavy ransoms.

On the other hand, the state forces in offensive have continued to raid villages torturing and killing non-state fighters as well as unarmed civilians, looting and destroying properties. Within the first quarter of 2021, more villages have been invaded by the state forces burning houses and killing separatists’ fighters and civilians. One of the most raided areas in the North West regions by state armed groups has been Kumbo in Bui Division. Many villages here have been experiencing constant gun battles and harassment from the state forces. In one of the military raids in February in Banten, a village in the outskirts of Kumbo near my village, 14 houses were burnt and 4 civilians killed including one fighter.

This escalating crisis has continued to weigh heavily on the population of these regions as well as on humanitarian and social workers. Last month, a nurse on her way to work was shot and she later died at the hospital. Our sisters have also been victim on several occasions, the most recent being in January 2021 when the separatists’ fighters opened fire on our vehicle. In this attack, one of our sisters was wounded and the car damaged.  When asked why they fired at our car, the fighters said they thought it was a military vehicle. Our sister who was wounded was later taken to the hospital for treatment.

Over 4 million people with a majority being women and children are currently suffering the consequences of this crisis and many are growing more vulnerable as the violence persists and humanitarian assistance remains inadequate. We continue to thank you, our benefactors, for all you have been doing for us. Through your financial, material, and moral support we have been able to reach out with relief assistance to thousands of these victims. We pray the Almighty to continue to bless and enrich you so that through your generous support many more victims can be assisted.

We remain steadfast and persistent in our prayers for God’s intervention for an end to this crisis. We are hopeful that with the current interferences of foreign governments like UK, Canada, France and USA a unilateral cease fire may be called.

The Tertiary Sisters of St. Francis (TSSF) Cameroon Province continue to thank you enormously for listening to our constant plea and supporting our mission of being an empowering presence to our people especially the vulnerable who are so many. Our mission today in the midst of the socio political crisis and covid-19 pandemic is becoming more and more challenging but thanks to people of good will like you that we are still able to go on.

Let us keep on doing our best knowing that no problem is too big for God to solve.

Wishing you all the best and a Happy Easter.