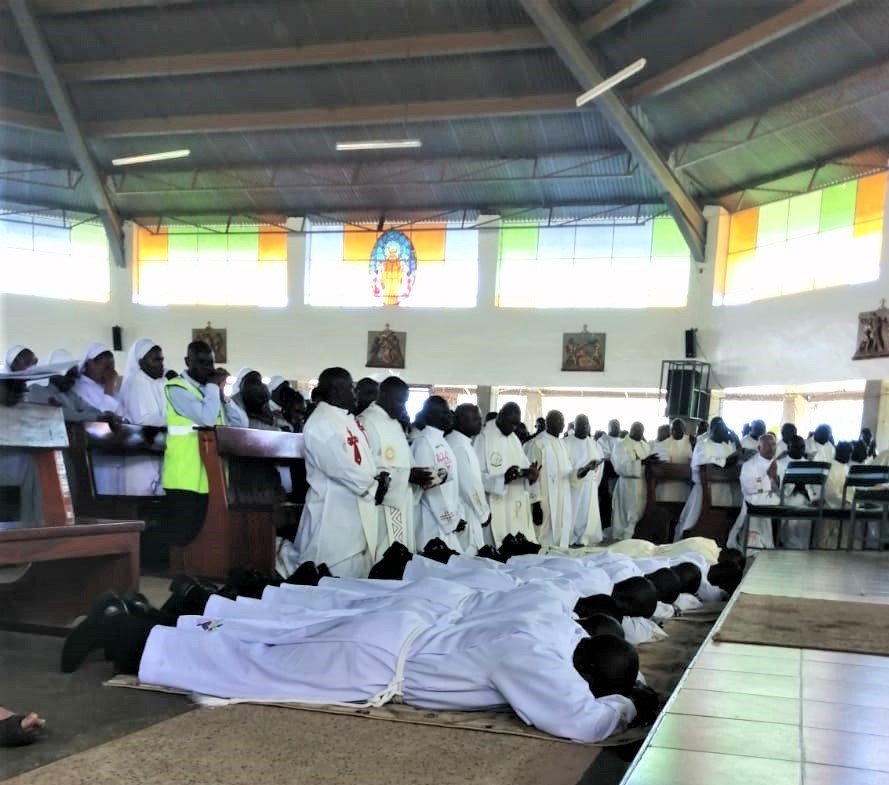 AJ, the first religious missionary congregation to be founded in Africa, had its activities suspended by the Vatican, through a decree issued by the Congregation for Institutes of Consecrated Life and Societies of Apostolic Life dated June 21, 2018, placing the society under a Pontifical Commission of inquiry.

The Vatican-based Dicastery, which took over all duties of AJ leadership and undertook to conduct investigation into behavior of the members of the society, appointed Comboni Missionary Fr. Wokorach to head the investigation commission as the Pontifical Commissary.

In the June 2018 decree, the Dicastery prohibited “the admission of new members to the novitiate and to temporary and perpetual religious profession, and the suspension of diaconal ordinations.”

The decree also communicated the closure of seminaries run by AJ as well as the verification of “the economic and financial system, helping the members to lead a life according to the vow of poverty, based on the constitution.”

A glimmer of hope for the society came last August when the Apostolic Nuncio in Kenya, Archbishop Bert van Megen presided over the ordination of 14 AJ deacons as priests.

At the Nairobi event, Archbishop van Megen commended Fr. Wokorach-led Pontifical Commission for making good progress in the investigations about the 51-year-old society.