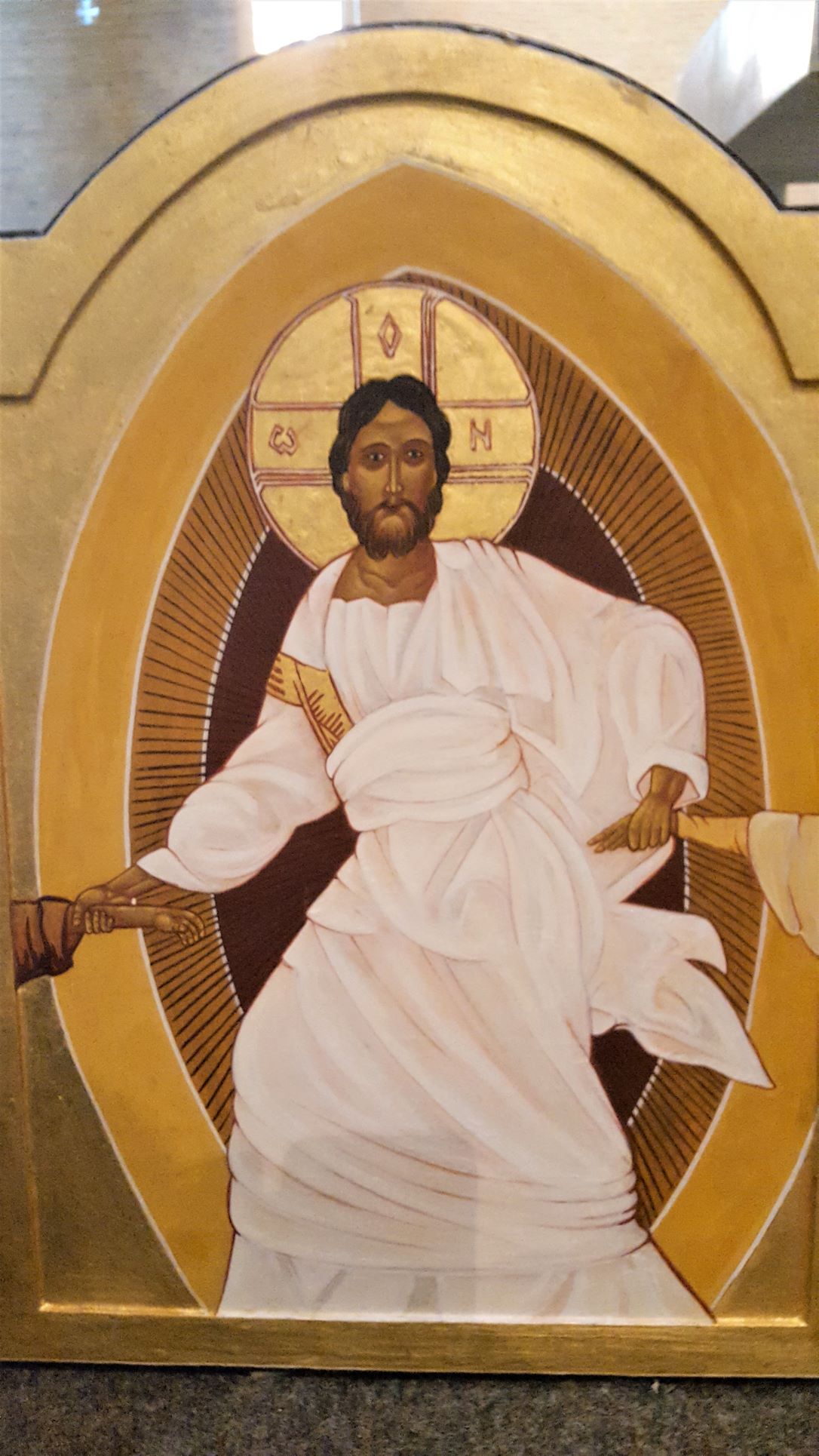 We celebrate the Ascension of our Lord. With the word ‘heaven’, I’ll say it right away, don’t start thinking about the hereafter. Jesus did not disappear in one or the afterlife. No, ‘heaven’ is another word for ‘God’, and God is not after this. God is always here and now, Jesus did not go to the hereafter, He has disappeared in the secret of God, so in the same secret in which we, here and now, ‘live, move and are.’

An anecdote. Once, when I was still a pastor in the hospital, a boy of about ten or eleven years old, a cancer patient with a bald head and those big eyes, came up to me and asked: ‘You are a pastor, aren’t you, do you know what? heaven is?’ Now I knew that little guy was crazy with his grandma, and the two had apparently had an intimate talk about heaven. That grandmother lived far away and could not come often. I said: ‘You love your grandmother very much, well, where is she now?’ The little boy pointed to his heart and said, “She’s here, very close to me.” ‘Look’, I said, ‘that is heaven.’ For I believed that then and I still believe that: where heaven is, there is God; where God is, there is heaven.’

The Feast of Ascension says what happened on the night of Easter, with the resurrection of Jesus from death in the grave, it tries to say something about that, presumably, a kind of confession of faith, with images that refer to scriptures, it explains to the disciples, that is to us, in episodes what happened in the flash of the here and now of God.

In the first reading, from the Acts of the Apostles , we heard the very last conversation of Jesus with his disciples, his friends. It was a conversation that lasted a long time, about forty days, because the disciples did not understand anything about the death of Jesus and all that, it took a lot of time. They wondered, “How will we fare and what will happen to that kingdom of Yours when You’re gone?” But Jesus says nothing about that. He only gives them an assignment: ‘you will get the strength that is needed for this.’ Then He disappears from view in a cloud, the same cloud as the people of Israel when they passed through the wilderness, the same cloud as the cloud that hung over the tent of meeting, the same cloud as the cloud that enveloped Mount Sinai when God gave the ten commandments. The cloud of God’s mysterious presence. A way of unknowing.

Is Jesus gone? Yes and no. Surely He is out of sight and the disciples will miss Him. But as long as they don’t forget that He has disappeared in that cloud, He is here and now as omnipresent as God. That is how He goes with them, not as a kind of signpost to an afterlife someday, but as an inner force that keeps them going here and now, an elusive, incomprehensible power within them, a comfort in the bitter times without Him, a presence that just like your own breath is noticeable but not visible. It is a power that will move them to do what He, Jesus, has done and to live His life in their flesh and blood, so that something new will always come to light in the world of darkness and death to which never seems to end.

It dawns on the disciples: Jesus has slipped out of sight, but we must not stare at the sky, because staring makes you stiff and makes it difficult to move. Do not look to heaven: there, just like in the tomb of Jesus, there is nothing to see. We must seek Him among the living. Jesus went away to come back there, always and everywhere.

Ascension . Jesus has disappeared in the cloud of God’s secret, and that is good. Because we, disciples, laggards, we must dare to grow ourselves to the adult size of Jesus, to become fully grown in the faith, each according to his or her own size, and not to do that like infants from the blue sky. to expect, without having to do anything for it, for which we ourselves are responsible. We, disciples and stragglers, must grow up, people who are finally as God has willed men from the beginning: as living beings who must create themselves in his own image and likeness, me and you, in reverent love for each other. That is Jesus’ commandment.

Ascension of our Lord. It is our mission and task as adult people to choose for themselves and want it: to be here on earth the hands and mouth of Jesus who has disappeared in God, so that the people of now can continue to come to us. look will hear the Gospel of Jesus. In view of this, we must not become humble and look to heaven. Because we are people of dust from the ground, but with God’s breath of life in our nose, God’s love. Like that grandmother I spoke of apparently was for her mortally ill grandson.