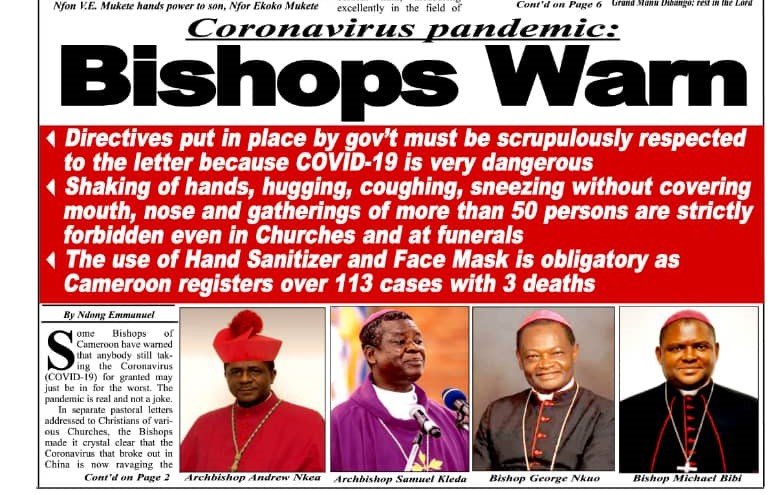 Bamenda (Agenzia Fides) – “The spread of the pandemic in Africa is an epoch-making drama but in some cases, it can also have unexpected positive effects”, says to Agenzia Fides Mgr. Cornelius Fontem Esua, Archbishop of Bamenda, capital of the English-speaking regions of Cameroon.

“Here, for example, clashes between the separatists of the Republic of Ambazonia (self-proclaimed independent in October 2017 and since then in open conflict with Yaoundé, ed.) and the army have greatly diminished, if not suspended, and we have had no news of fighting for weeks. A dozen days ago, Samuel Ikome Sako, interim president of the Federal Republic of Ambazonia, announced a total lockdown, with the closure of the borders of the English-speaking regions due to the virus. So far the separatists are respecting the directive: there is a general calm in the area, there have been no cases of direct confrontation with the military or kidnappings by the ‘Amba Boys’ (the name of the separatist groups in action, ed.)”.

German until the end of the First World War, Cameroon was divided between the winning powers in two parts: 80% of the territory was assigned to France, the remaining 20% – the south-western part, close to Nigeria – went to UK. After independence, the political forces of the English-speaking regions, officially entered into conflict with Yaoundè and tensions between the English-speaking regions and the central government, in recent years have turned into real war. “The army, in any case, continues to patrol the streets – continues Mgr. Esua – with tanks and in some cases, especially in the villages, there have been ambushes or killings. But overall, we hear fewer gunshots or gunfights here in Bamenda and we really hope that the emergency due to the spread of the virus will lead all actors involved to rethink their strategies and reach an agreement”. Meanwhile, the outbreak of Covid-19 in Cameroon has risen to about 700 with a dozen deaths. (LA) (Agenzia Fides, 7/4/2020)