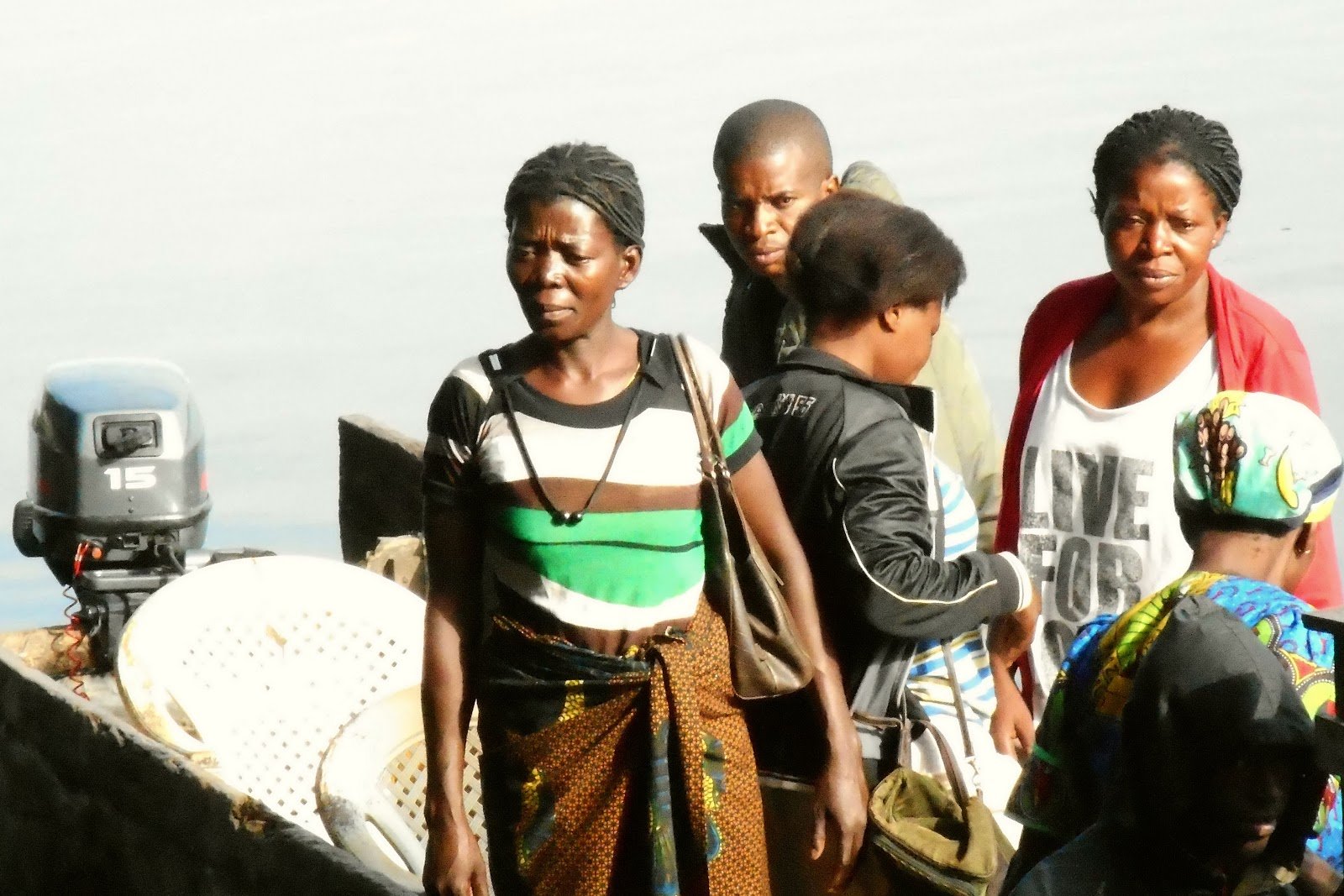 “The church bell rings at 5 a.m.” Mama Mimi explained. “I’ll be at your house by half past.”

In Basankusu, dentistry is normally do-it-yourself. The conservation group for bonobos, (which are like chimpanzees, only better), had invited a dentist to come along. The conservation village is about half an hour upriver. Although the dentist would be checking-up on the bonobos, she would provide a free service for the local population – mostly by pulling out teeth!

I’ve known Mama Mimi since she was 12. She never went to school – but now makes a living selling snacks from a stall near our hospital, and now toothache was making her miserable. It took a while for me to persuade her to go to see the dentist.

“They’re only here for one week,” I told her. “After that, what will you do?” She reluctantly agreed to follow my advice.

At 5:30 the next morning I was already waiting for Mimi. I waited and waited. I decided she’d chickened out, and so started walking to her house to fetch her. Just as I set off, I saw a lone figure walking slowly up the earth road towards me.

We arrived at the riverside. No canoe. It was already 6:20 but only a few people were waiting to go. One of our malnutrition centre volunteers came along; she also had toothache. I gave them each about £1.00 to pay for the ride in the canoe. Then I saw one of the nuns, Sr. Patience, waiting in the shelter with a friend. “I want to see the dentist, but I haven’t got any money for the ride there,” she pleaded. I gave her some money. Her friend’s eyes lit up. “I’ll need my fare as well,” she whispered. I gave it and told her not to tell anyone else. A few others discretely asked me for the price of their ticket, which I paid, knowing that my donors would think it was a good use of their money.

The longer we waited for the canoe, the more people arrived. Little by little they started drifting away again to buy some food for the long day ahead. At about 7:30, we heard the outboard engine of the canoe. We all went down the steep hill to the river and everyone climbed aboard.

Mama Mimi arrived home late in the evening. She went straight to bed. I went with Judith to visit her the next morning. I asked her if they’d sorted out her painful tooth.

“They took out four teeth!” she retorted. She told me she was very pleased. Showing me the antibiotics and painkillers they’d given her, she said, “If they hadn’t taken them out, I would have been in pain all the time.”

Not many of us like going to the dentist but imagine if you only had a chance once a year! Let’s count our blessings each day, and be ready to reach out to people, like Mama Mimi, who need our help.