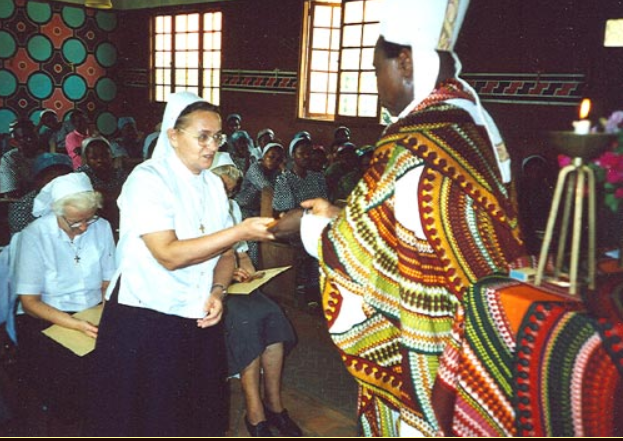 This past weekend I had the privilege of joining a group of Belgian priests in the Ghent/Burges area for a recollection. They are members of the Fraternity of Charles de Foucauld and feel inspired by the spirituality of this extraordinary missionary/monk who spent most of his life hidden in the heart of the Sahara Desert. A spirituality centred on unceasing prayer and inspired presence. Pope Francis refers to him and his ideal of universal fraternity at the end of his encyclical ‘Fratelli Tutti’.

Following this weekend I took the opportunity of visiting the small remnant of Sisters of Our Lady of Ten Bunderen in Zonnebeke, close to the French border. This congregation was active in the diocese of Basankusu for many years. Their apostolate is now continued by the local diocesan congregation of the Soeurs Thérésiennes whom they helped finding their feet.

Whilst there in Zonnebeke I was reminded of the extraordinare witness of Sr Marie-Josephine Spenninck highlighted by the French singer Jean-Jacques Goldman.

A tribute to a missionary who ‘cries the Gospel from the rooftops’ in loving wordless witness .

After a performance on January 15, 1990, the popular left-wing French singer Jean Jacques Goldman came home in the early hours, sprawled on the sofa, turned on the television, started channeling and accidentally stumbled upon a documentary “Les derniers Far West” of the French TV channel “Antenne2” about the work in Congo/Zaire of, among others, 2 Belgian “Doctors without Borders”, Patrick Maldague and Geneviève Wéry. Recordings were shown of a difficult delivery, with caesarean section, in the hospital of Basankusu where the assisting Ten-Bunderen Sister Marie-Josephine was able to resuscitate the breathless newborn child through all kinds of artifice.

Jean Jacques Goldman: “At one point we saw a white woman in a bush clinic, an elderly sister. She had just delivered a woman. The child was not breathing. It was incredible, almost unbearable. It lasted a few minutes, two or ten, I don’t know. This silent sister, trying to revive him. No comment, nothing, the raw image. She was slapping him on the buttocks, shaking him, hanging him by the feet, bathed him in cold water, slapped him. It was very violent. And then the child blinked. He came to, alive, unaware of the incredible luck he had to cross paths with this sister. I was very moved, almost out of breath. I said to myself: “But it’s not possible, these images are so violent, there is a kind of complacency to show there. Let them throw it in the trash and then let’s not talk about it anymore!”. And suddenly, I see this kid, there, who opens his eyes… It’s a woman’s thing, there. Viscerally, the sister doesn’t want to let him go. She’s the one who does the job. Then I told myself that she was there every day. That’s it, it’s her daily life. One day she saves one, one day she can’t! And I thought to myself: “But wait, what does she do right after that? She’s going to have a drink or her coffee, smoke a cigarette, I don’t know. And then it starts again the next day. It’s incredible! Even if it’s your daily life, your job, how can you come back down to earth after giving back a life that no longer existed?’

J. J. Goldman was so moved by the dramatic depth of the A2 report and by the sister’s total commitment that he wrote a song about it that very night, of which you see the original French text above. Excerpts from the TV documentary have been incorporated into a video clip, at the launch in April 1993 of his CD “Rouge” with this beautiful song “Juste après”.

She turns off the light
And then what could she have done?
Just after ?

Take a walk, get some fresh air?
Forget the blood, the ether
Was it night or day
Just after ?

Two, three words of a prayer
Or rather nothing and shut up
Like a gift to be savored
What did she do?

A drink, a chocolate
She must have something like that
In that case

The register, the form
The ordinary daily routine
Her universe.

Did she write a letter?
Finish a book perhaps?
A cigarette ?

What can you do,
After that?

She must have gone back
watch him breathe
Then fall asleep

How this child slept
So peaceful ignoring
That we cried until then.

But what can you do
After that? 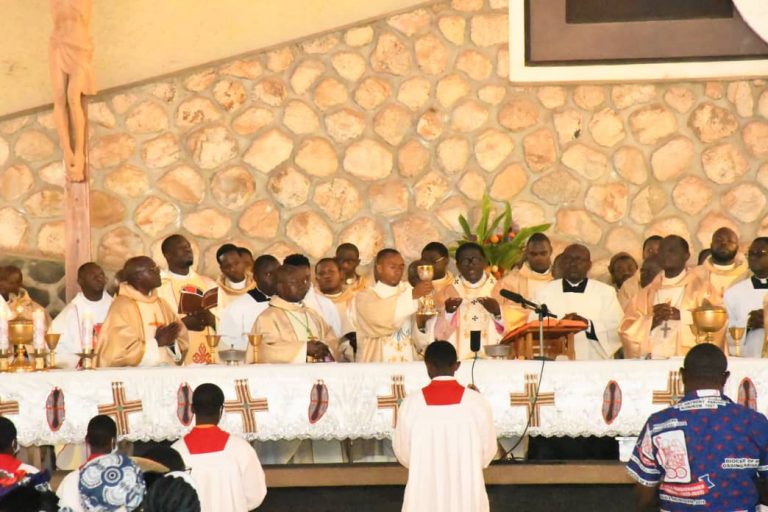 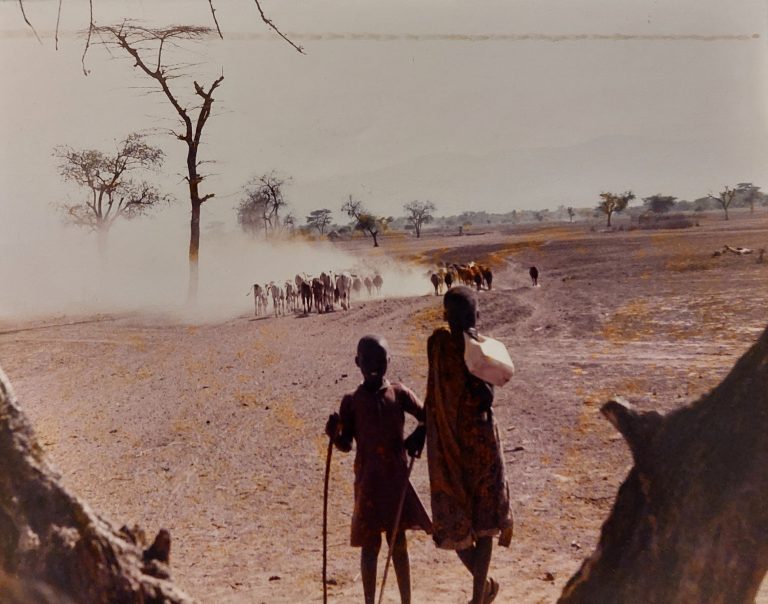 With the aim of promoting an apostolate of proximity to the people, the diocese of Basankusu…

In his message during his pastoral visit to the school that is located in Uganda’s Seeta Mukono District,… 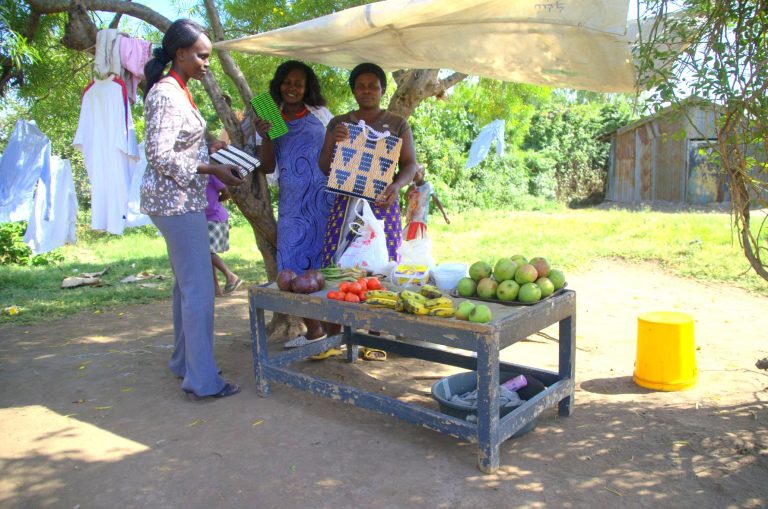 Everyone knows that the crisis, which we have not left behind us yet, has very serious… 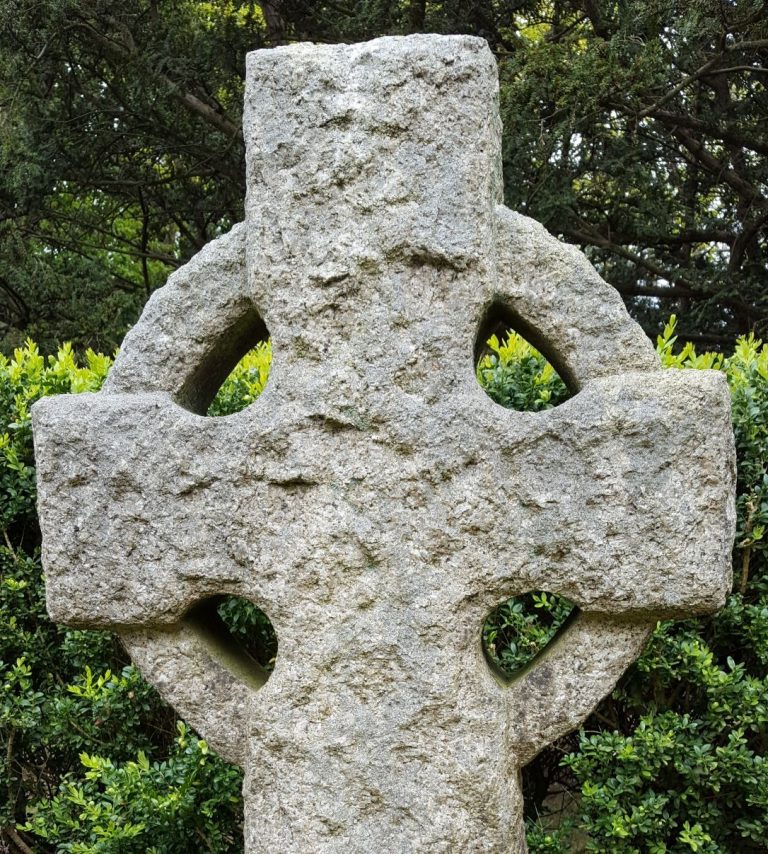