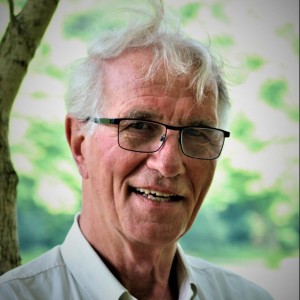 They arrived from a village, 30 miles away, on foot.

They had carried their son, Fidèle, aged 11, and who’d just had measles, to our second centre. I took them to our nearby Catholic hospital, and we started to do the paperwork to get him admitted. His dad held him on his lap, wrapped in a faded printed cloth, his skin was pale and his body cool.

As they put a thermometer under his arm, I put my hand under his nose to see if he was still breathing – it was hard to tell. Consultation with a nurse followed and then tests on his blood, etc. They decided to admit him and give a blood transfusion.

I started to walk back to our centre to get the money for the blood donor, but they called me back before I’d left the compound.

“He’s already dead,” said Nurse Germain. My heart sank. They’d walked such a distance in search of help – but too late. “Perhaps he was already dead when he arrived,” added Germain.

The morning sun beat down on me as I collected some money to help them get home. When I got back to the hospital they’d already set off. Germain took me on his motorbike a little way along the rough dirt track to catch them up and I was able to give them the money which would help get them back to their village.

“Is it worth it,” I thought, “to give people hope like that? They’ve come all this way and little Fidèle has died.” I tried to think instead of the countless children who had recovered and then I felt a bit better.

Then came news that my own dad had died. I went back to England.

Before the day of my dad’s funeral, I was at Sunday mass at St Gabriel’s parish. One of the parishioners told me about an 11-year-old girl who’d sold her toys to raise money for my malnutrition centres. What a lovely thing to do! Here’s part of what I wrote to her in a thank-you card.

“By selling your toys to raise money for this work, you have not only helped these children to survive, but you’ve also shown everybody a fantastic example of social responsibility. I know that everyone is very proud of your actions – you thought about others instead of yourself. Well done – and thank you from all the team at my centres.”

It raised my spirits, tremendously. A child of 11 had died, but another 11-year-old was ready with an act of love towards children she’d never met. I wonder if other people would follow her example! For me, it makes it all worthwhile.

But how does such change happen? Simply put, these structures will not change until white America—which means individual white Americans—gets close to black

Cincinnati, US: When Carmelite Nuns Enter the Fray

This is how far we have come for Nuns to spray paint words of wisdom. Sean Williams   “Let us pray for

God we praise you: Father all-powerful, Christ Lord and Saviour, Spirit of love. You reveal yourself in the depths of our being,