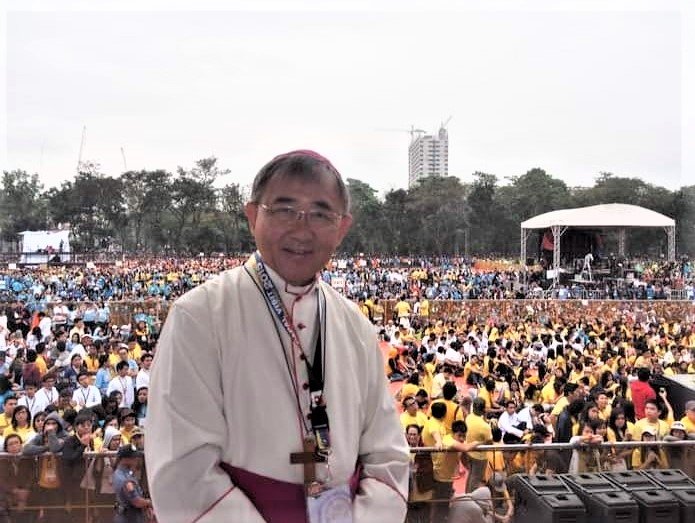 It is a sad day for Christians in Brunei, Malaysia and Singapore following the death of His Eminence, Cornelius Cardinal Sim, Cardinal of the Apostolic Vicariate of Brunei today, Saturday, May 29th 2021, of cardiac arrest. The Cardinal has been undergoing treatment since he was diagnosed with Melanoma (apparently one of the most serious of skin cancers) on his 30th Sacerdotal Anniversary, that is on 26th Nov. 2019. He died in Taiwan while undergoing treatment for cancer.

Born in Brunei on 16th Sept 1951, His Eminence was ordained as priest in 1989 and then appointed as the bishop in 2004. Last year, he was elevated to the College of Cardinals on 28th November 2020. In his interview with ZENIT about his elevation, the simple, warm and friendly Bishop said that by appointing a Cardinal from Brunei the Pope had made great efforts to include forgotten communities, for indeed Brunei is “a periphery within a periphery”.  And this is in a sense true, for with the passing of Cardinal Sim, Brunei has lost a quarter of its clergy. Now there remain only three priests: Frs.Robert, Paul and Arin. And the Church in Brunei has more migrants than locals. A conservative estimate is that there are about 16 thousand Catholics, 80% or whom are non-citizens especially from the Philippines, Malaysia, Indonesia and others. The small number of Catholics is due to the fact that Brunei is a Sultanate with Islam as the official religion and Sharia is strictly adhered to. Inter-religious dialogue, therefore, is less about theological discussion than about respect, harmony and peaceful living.

The Catholic community in Brunei traces its roots to Mill Hill Missionaries. With the arrival of the first Missionaries in 1881, Brunei became part of the Borneo Mission.  Later, the Prefecture was divided then elevated into Vicariate, and in 1952, it became part of the Apostolic Vicariate of Kuching. In 1976 it became part of the Diocese of Miri, which covered part of Sarawak and the whole of Brunei. Due to visa restrictions, the era of non-local priests ended in 1991. In 1997, the Prefecture of Brunei was established then later elevated to Apostolic Vicariate in 2004, with Cornelius Sim as its first bishop. At the moment, it is part of the Episcopal Conference of Malaysia, Singapore and Brunei. Fr.Ivan Fang MHM, was the first Bruneian to be ordained to the priesthood in 1985 and the only Bruneian missionary priest so far.

As we continue to pray for the Church of Brunei, let us also pray that God in his mercy shall grant the soul of Cardinal Cornelius eternal rest.