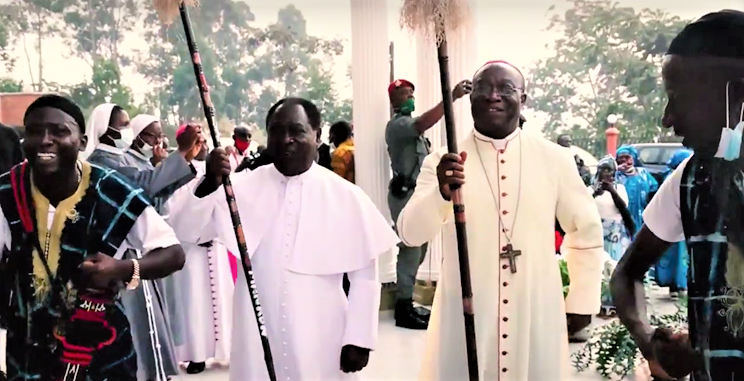 In 2016, four Catholic bishops in the English-speaking regions accused Biya’s government of trying to strangle their culture.

“Anglophone Cameroonians are slowly being asphyxiated as every element of their culture is systematically targeted and absorbed into the Francophone Cameroon culture and way of doing things,” they wrote at the time.

Nkuo said the 2019 dialogue should have revisited these historical perspectives to come up with the right answers to the problem. The current archbishop of Bamenda, Andrew Nkea Fuanya, criticized the format of the dialogue, saying it didn’t involve the appropriate representatives of the English-speaking regions.

“That wasn’t a dialogue at all,” Fuanya told NCR.

Esua was invited to participate in the dialogue.

“Ninety percent of the participants at the National Dialogue were all government people, or people with government allegiance, but the real persons with whom you had to dialogue were not there,” said Esua.

Separatist leaders weren’t part of the dialogue. Sesseku Ayuk Tabe, the recognized leader of the movement to form a new country of Ambazonia, was arrested in 2018 and is now serving a life sentence.

“You couldn’t talk of a dialogue if these people weren’t there,” Esua said of the separatist leaders’ absence at the negotiating table.