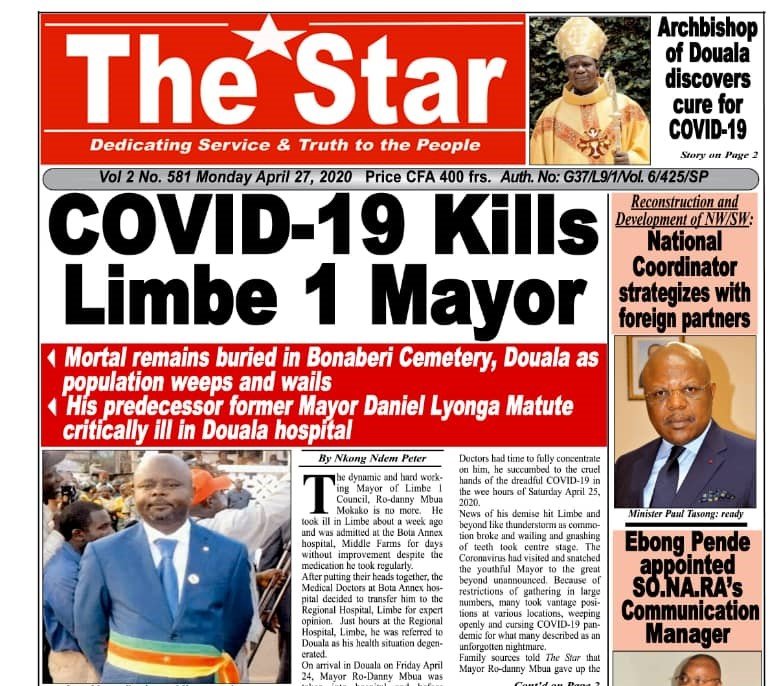 Yaoundé (Agenzia Fides) – Face masks with a thousand colors to protect the most disadvantaged sections of the population from coronavirus infection. The initiative was launched by the Capuchin friars of Cameroon, one of the African nations most affected by Covid-19. In the Country, the infection is spreading very quickly. According to data from the monitoring site of John Hopkins University, in early April, the infections were 509, in twenty days they reached over a thousand with 42 deaths.

Faced with the epidemic, the government of Yaoundé, like most African countries, has closed its borders and suspended all academic activities. Unlike other Countries, however, it has not imposed a strict quarantine and nightly curfew.
“Our active case search strategy is starting to pay off”, said Premier Dion Nguthe. “We did 800 tests (mostly travelers) and over 200 tested positive but asymptomatic. We decided to let them live in their communities and take care of them”.

In outlining the government’s strategy to deal with the pandemic, the Ministry of Health has taken a number of main measures: massive and generalized tests, placement in solitary confinement and immediate treatment of cases, active surveillance of suspects. The government has also decided to bet on the training of the population regarding good hygiene practices (body and environment cleanliness, social distancing, etc.) and on the spread of medical devices (face masks, gloves, disinfectants).

“With the increasing daily number of patients, the premier has made the use of face masks mandatory for everyone”, the Cameroonian Capuchin friars explain to Fides. “For those who do not comply with the directive, the fines are “high”: 6,000 Cameroonian francs (10 euros) for those who do not wear it and 2,000 francs (three euros) for those who have it, but do not wear it. Knowing how much it is difficult to buy face masks, whose demand has soared in recent days, and that many do not have the economic resources to buy them due to the financial difficulties they are in, we have decided to produce some locally”.

The friars asked some tailors to weave them. “The initial “capital” – they observe – was provided to us by the Missionary Center of the Capuchin Friars of Milan which raised funds through its benefactors. The Center has been of great help to us given the difficult times we are living, between the Covid-19 epidemic and the civil war going on in the English-speaking provinces (which has killed more than three thousand and forced 30 thousand people to leave their homes)”.

The first face masks were made in the past few days and distribution began immediately. The first beneficiaries were the displaced persons hosted in the communities of the Capuchin friars. “We distributed the face masks in Shisong, Mbuluf and Mbohtong”, say the friars in a message sent to Fides.

“We hope that the epidemic will pass quickly so that Cameroonians can resume their normal life without the danger of becoming infected. We also hope that the fighting between English speaking rebels and Yaoundé law enforcement officers, which are currently suspended thanks to a truce, will not resume anymore”. (ES) (Agenzia Fides, 27/4/2020)