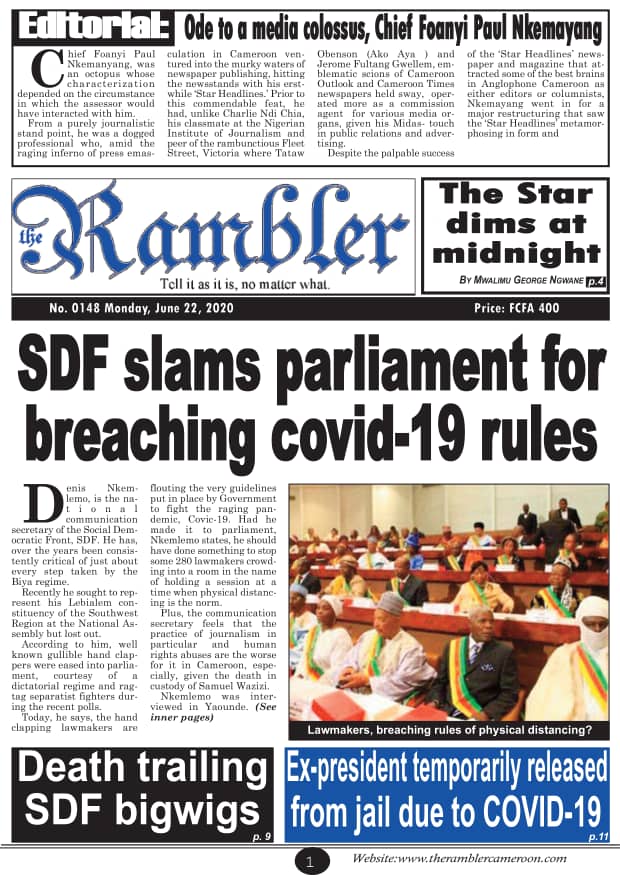 With 12,592 confirmed COVID-19 cases, 10,100 recoveries and 313 deaths, Cameroon reportedly has one of Africa’s highest infection rates and has been described as the “COVID-19 epicenter in western and central Africa.”

COVID-19 becomes the fourth emergency that the 25.2-million-population nation is dealing with, besides exacerbating Boko Haram attacks in the north, violent conflict in Anglophone west, and the Central African refugee crisis.

For the second time running, the country is first on the list of  ten most neglected crises in the world, according to the Norwegian Refugee Council.