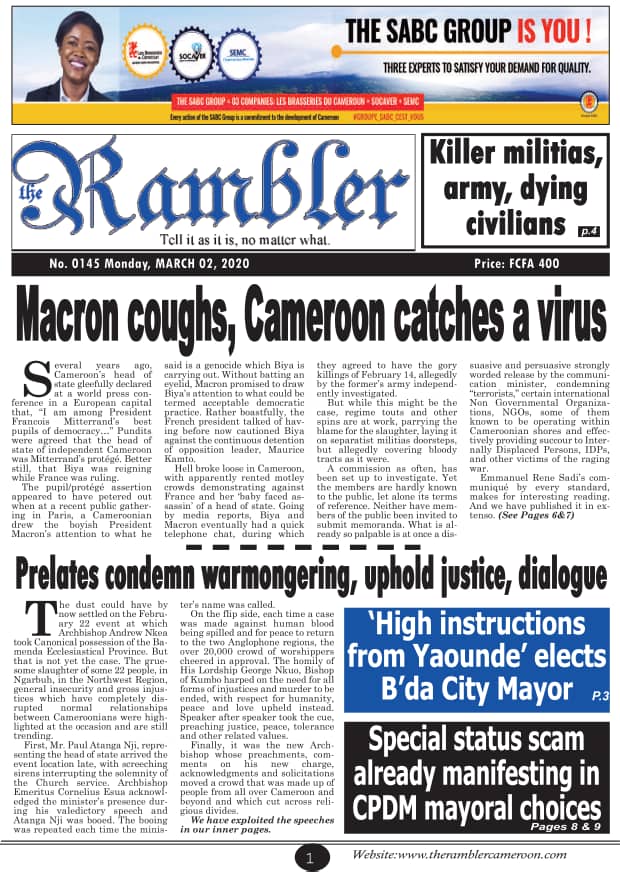 But the conflict is conspicuously absent from the African Union’s Peace and Security Council, its decision-making body on the “prevention, management and resolution of conflicts”. This, despite the council being mandated to “facilitate timely and efficient response to conflict and crisis situations in Africa”.

The reason for this, we believe, is that a major part of the struggle in Cameroon is separatist in character. Cameroon’s territorial integrity is therefore at stake. In 1963, the Organisation of African Unity, predecessor to the African Union, adopted the principle of the inviolability of borders inherited from colonisation.

Since then there has been little support for secessionist movements in Africa. Eritrea and South Sudan were able to become independent states and many African countries support Western Sahara’s quest for self-determination. But a host of others – including Biafra, Katanga, Bioko, Zanzibar, Darfur, Casamance, Somaliland – have not seen much support.

Many of Cameroon’s neighbours, and a few on the Peace and Security Council, face similar challenges and are, therefore, not sympathetic to this cause. Indeed the African Union chairperson, during his visit to President Biya in 2018 had reconfirmed the African Union’s “unwavering commitment to the unity and territorial integrity of Cameroon”.