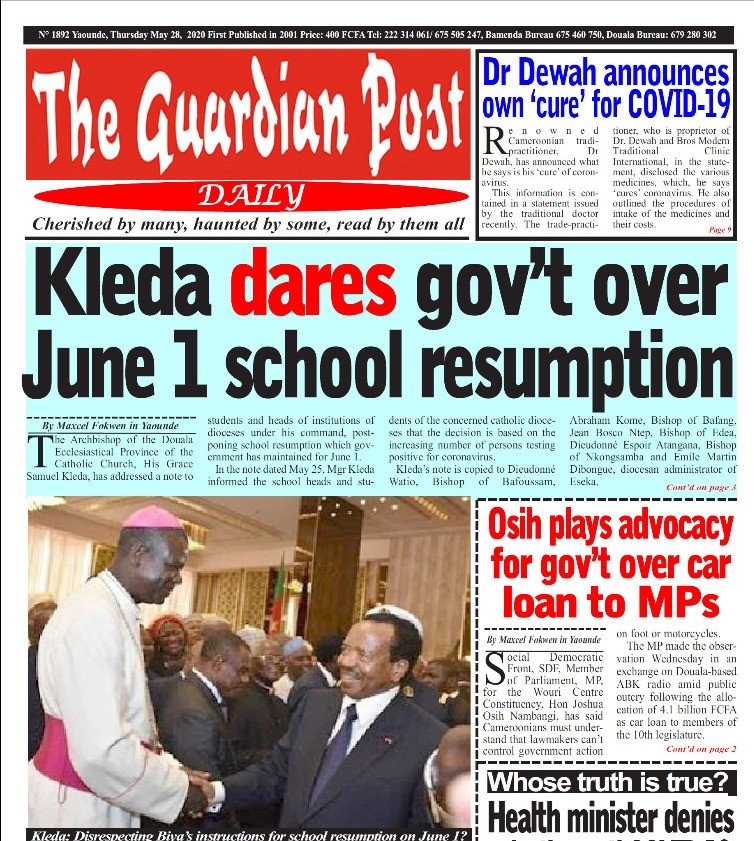 “A school reopening announced by the government is of no use to us here in Kumbo,” said Bishop Andrew Nkuo of the Kumbo in Cameroon’s North West Region.

“For the past four years, schools have been closed here,” he told Crux. “We have tried everything to see that schools reopen, but the security situation has remained ever tense.”

The rebels have insisted that all schools remain closed, and have been enforcing their decree by burning schools and kidnapping teachers and students from any institution that defies them. Rebels have even attacked and killed those trying to keep schools open.

The school boycott is part of a push to break away from the rest of the country and to create a new country called “Ambazonia.”

But the students have paid a heavy price.

According to the UN Children’s Fund, UNICEF, over 80 percent of schools in the English-speaking North-West and South-West regions of Cameroon have been closed, and an estimated 600,000 children are out of school.

UNICEF Spokesperson Toby Fricker says targeting education is “putting the future of an entire generation of children at risk, children who with the right support and opportunities can build a more stable and prosperous future.”

“It is a crime against humanity to deny our children the right to go to school in the name of a struggle, no matter how legitimate our case may be,” he told Crux.