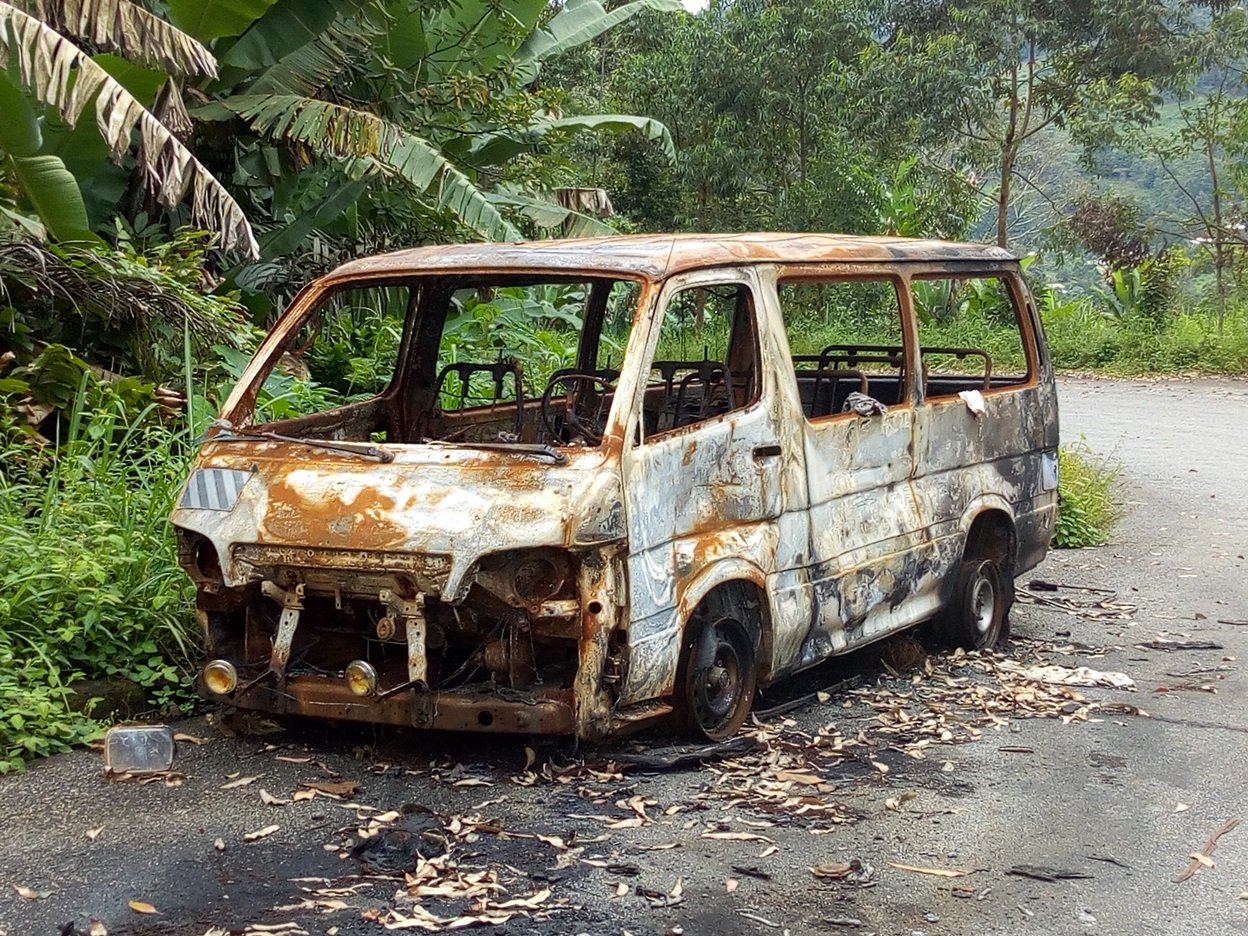 It was June 30, 2020, about 3:00 p.m. in Shisong, Cameroon. I was standing on the balcony of the convent infirmary when I saw people running towards the nearby St. Elizabeth’s Catholic General Hospital and Cardiac Center operated by my congregation, the Tertiary Sisters of St. Francis. I could feel the panic and understood immediately that the military was coming.

After about 10 minutes, the crowd intensified and I saw armed soldiers in full and frightful combat attire running towards the general ward of the hospital. Three women coming towards them were ordered to stop and sit on the ground, while another soldier fired three shots into the air. Three of the soldiers jumped the embankment that separated the hospital from the road, and ran towards the hospital. However, the nurses on duty, although traumatized by the gunshots, had the presence of mind to lock the ward doors to protect the patients.

The soldiers fiercely kicked open the doors and entered with guns drawn, pointing them at the critically ill patients with tuberculosis, HIV/AIDS and other communicable diseases. Directly behind this ward was the isolation space for COVID-19 patients. At the time of this brutal attack, the district medical officer for Kumbo East and his team were at the School of Health Sciences, just a few feet from the general ward, screening for COVID-19 infections.