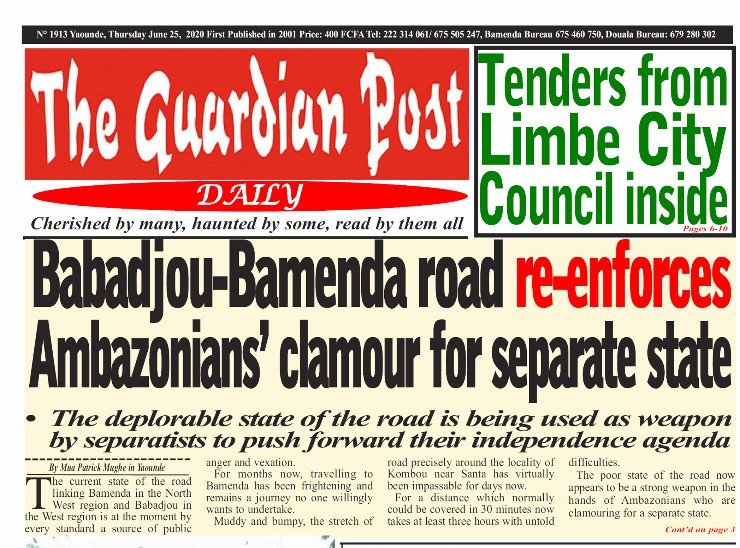 In Bamenda, in the neighbouring North West region, ghost town regulations are still dutifully followed. From Commercial Avenue, the city’s main thoroughfare, to working class neighbourhoods, not a soul is to be found in the streets. The only notable exception is the secured enclave of Up Station, a neighbourhood where administrative department premises are concentrated, under the protection of the base of the fifth military region.

Bamenda’s deserted streets echo the still heavy tension gripping the region. Unlike the relative calm observed in the South West, the North West is a hotbed of recurring violence. However, although the secessionist militias remain very active there, the movement seems to have been greatly weakened by regular operations conducted by Cameroon’s army in recent weeks. According to a military source, “total peace is just around the corner for the region.”