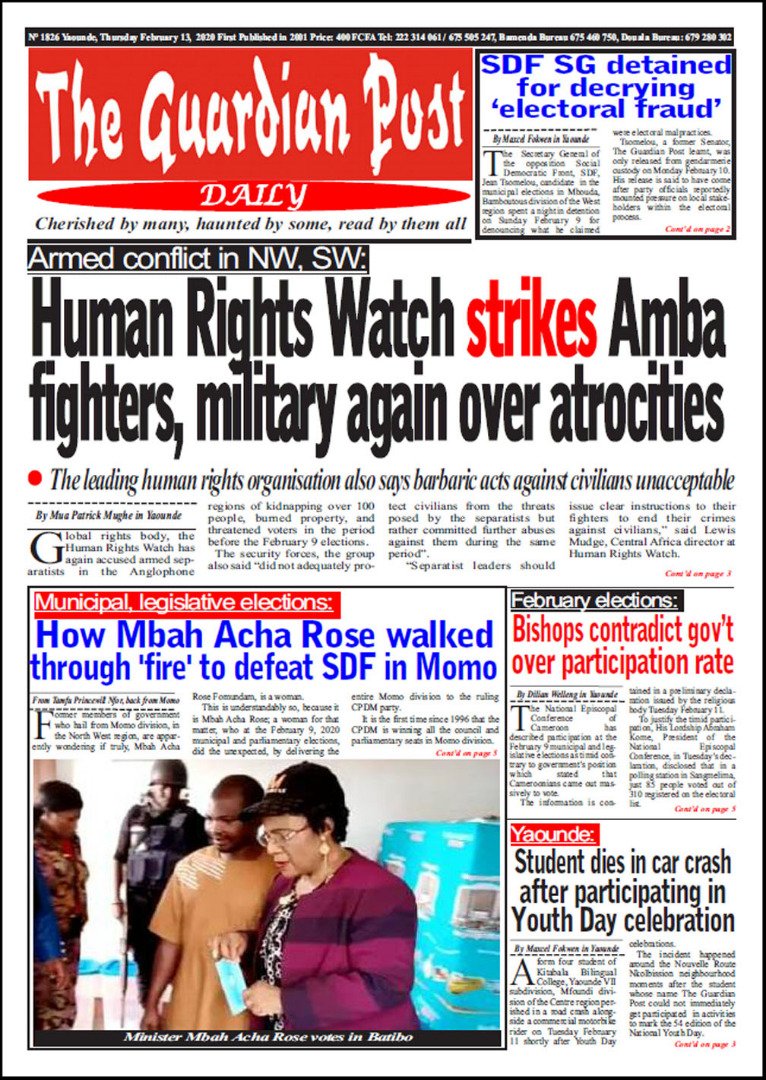 Human Rights Watch interviewed 55 victims and witnesses of crimes committed by armed separatists and government forces since the elections were announced in November 2019, as well as opposition party members, candidates, and other residents of the North-West and South-West Anglophone regions. Human Rights Watch also analyzed satellite imagery and video footage to independently corroborate witness testimony.

Clashes between armed separatists and government forces, as well as between rival separatist factions, have resulted in civilian deaths, with people either killed deliberately or caught in the crossfire. At least several dozen people have been killed in scores of incidents since November, based on a review of credible media accounts, records produced by some United Nations agencies, and Human Rights Watch research. However, with no official mechanism monitoring how many civilians have been killed over the crisis, reliable confirmation of the numbers of people killed, the circumstances around killings, and alleged perpetrators remains difficult.