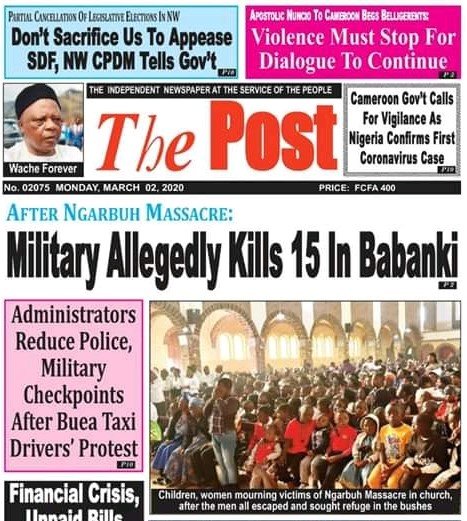 It was early Saturday after the military arrived Timenshu and Chuku, in Small Babanki. Small Babanki is also called Kedjom Ketinguh. It is situated in Mezam, North west region of Cameroon.

Among those shot dead are: five women, four children and six men.

“They behaved like wild dogs… killing everyone on their way, this breaks my heart, ” says a source in the area, who compared the killings to the recent Ngarbuh massacre.

The dust on the recent killing of over 35 women and babies in Ngarbuh is yet to settle.