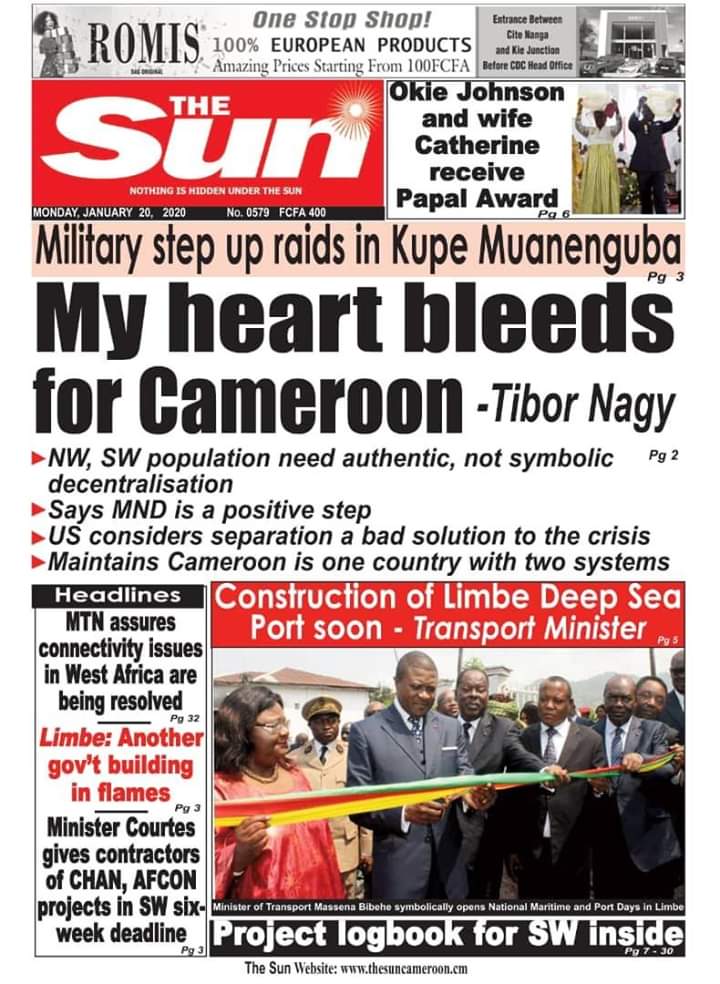 Last week the military left Fundong, passed through Ngwah, clearing the roadblocks, and went to Abuh where a camp of the Amba Boys is situated. Four Amba Boys were killed, several were wounded, and some arrests were made. The military took some of the wounded Boys to the Catholic Health Centre in Ngwah and kept them there. The military continued to Fonfuka [i.e.towards the direction of Ilung] where they spent 4 days. This made the Amba Boys very angry and they stopped all movement to the places on the way to and beyond Ilung of motorcycles till further notice [for a long time already, no cars were alowed to go to Ilung].

From Fonfuka they went to Mbonge and Buabua. In Mbonge they killed three people, burned many compounds of the people, and did the same in Buabua.

This morning a priest went to Mbonge and sent me the following message:

“Visited Mbonge this morning. Just a few buildings untouched. Almost all burnt down. I believe Buabua has suffered similarly. Since last Sunday the houses still standing at Buabua have been robbed by Aku boys armed with guns.” [Note: “Aku Boys” are a group of Fulani people who rear cattle and are resident in Menchum Division. Recently they have been notoriously involved in armed conflict with the Ambazonian forces.]