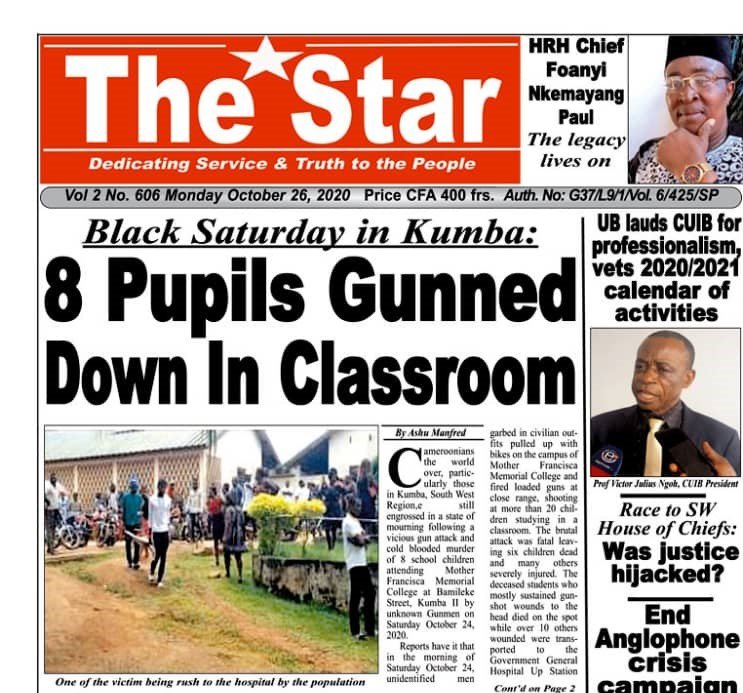 Following a massacre of primary school pupils in the Anglophone region of Cameroon, Lord Alton is calling on the UK to press the Cameroon authorities to provide protection at schools throughout the conflict zone. At least eight children were killed in the attack on Mother Francisca International Academy in Kumba this morning, Saturday 24 October. It is believed that armed secessionist extremists were responsible. Many more children have been gravely injured.

The government of Cameroon recently pressed schools to resume classes following four years of boycotts in the Anglophone regions. However, despite signing the international Safe Schools Declaration, the Yaounde authorities failed to provide protection to schools answering its call to return to the classroom.