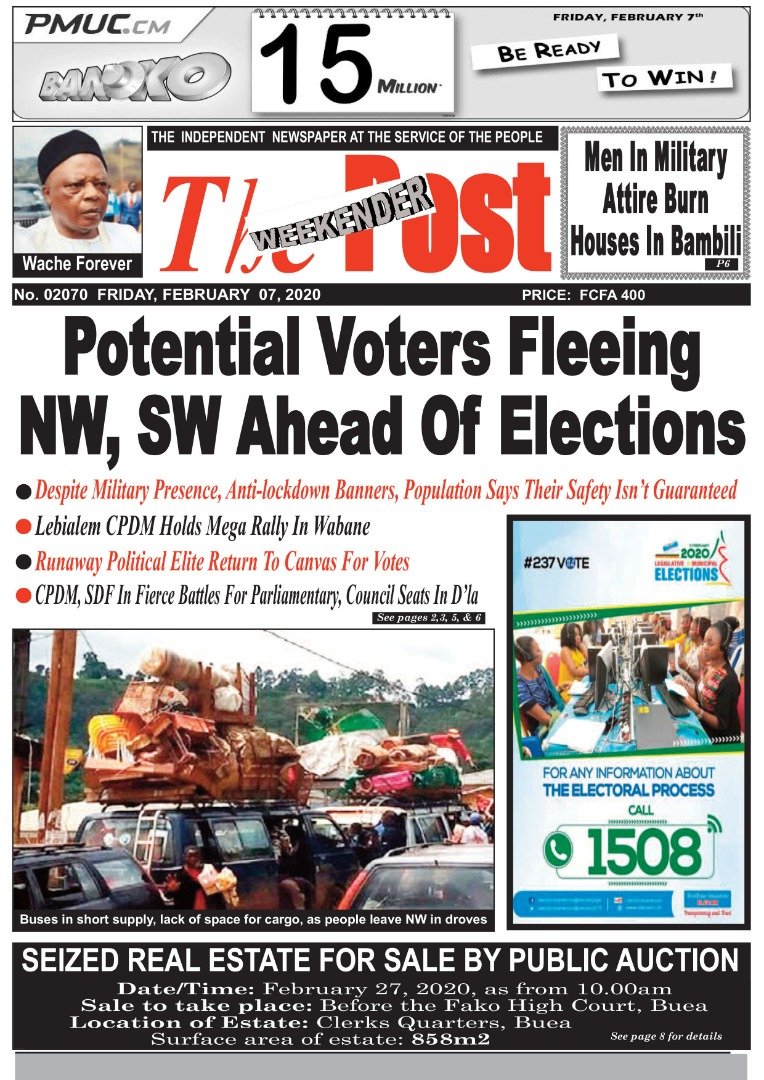 A surge in violence meted out by the Cameroon military in recent weeks, has led to dozens of killings and thousands of new displacements in several areas across the Anglophone regions, Amnesty International said today, ahead of parliamentary elections due to take place on Sunday 9 February.

Amid several reports of villages razed to the ground, Amnesty International’s remote sensing analysis confirms the burning of more than 50 houses in Babubock and neighbouring villages of Bangem in the South-West around 14 January. These acts by the army, including killings of villagers, are serious human rights violations.

“The security measures and increased military presence announced by the Cameroonian government to ensure this weekend’s vote can take place, appear to have been a pretext for a much more sinister operation,” said Fabien Offner, Amnesty International Lake Chad Researcher.