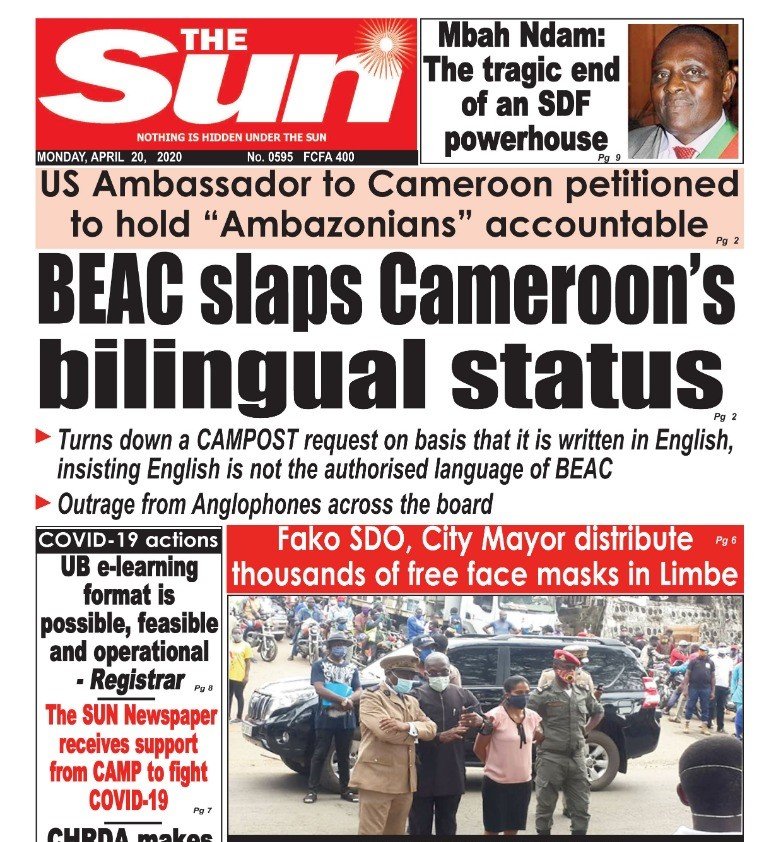 While the world is focusing on the coronavirus pandemic, this is a story that began in Anglophone Cameroon before the era of COVID-19 and continues on.

Emily*, 18, was a good student at school in Bamenda, in Anglophone Cameroon, excelling in science before the separatists forced the schools to close. She was looking forward to going to nursing school, until ‘that day’.

“What sort of nation is this?” she says she remembers screaming outside her home.

“Everybody was trying to run—my parents said I should stay inside [the house] with my grandmother,” says Emily, in perfect English. She was 17 at the time. Her parents ran outside to find out what was going on and were shot dead by the military, right in front of her.

She speaks without emotion, standing on a dirt patch behind a big hotel in the Bonaberri district of Douala, Cameroon’s French-speaking economic capital. She fled after the violence literally hit her front door, violence that began after security forces brutally quashed peaceful protests in 2017.

I ran outside crying,” says Emily, who could not understand how this could happen in Cameroon, in her Cameroon. “What sort of nation is this?” she says she remembers screaming outside her home.

She knows they were soldiers, the ones who shot her parents. They were wearing military uniforms. The two men saw Emily and grabbed her.

“As I was there, crying in front of my dead parents, they raped me.”