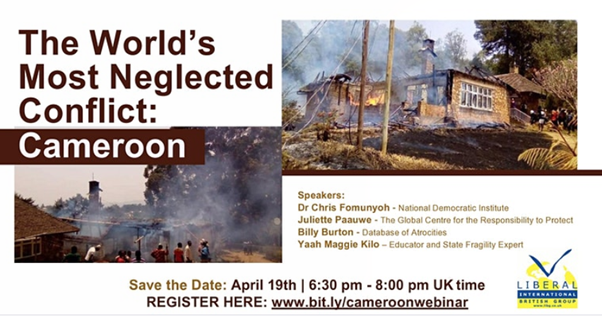 The central African nation of Cameroon is better known for football, but its bloody, under-reported conflict deserves our attention. The right of minorities to self-determination is at the heart of violence blighting the lives of millions of unarmed civilians.

The Vatican has been increasingly diplomatically engaged, encouraging the Cameroon government to participate in inclusive peace talks, mediated by a third party. A webinar, hosted by the Liberal Democrats, was aired on 19 April.

Speakers included Dr Chris Fomunyoh from the National Democratic Institute in Washington DC, and Juliette Paauwe of the Coalition for the Responsibility to Protect.