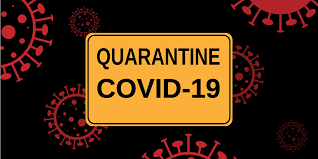 No corner of the world is untouched by this pandemic, no life unaffected. According to the World Health Organization, nearly a million people have been infected and more than 46,000 have died. By the time this is over, the global death toll is expected to be millions.

International voices are being raised against the negligent attitude shown by China, especially its despotic Chinese Communist Party (CCP) led by its strongman Xi Jinping. The UK’s Daily Telegraph on March 29 reported how China had hidden the true scale of coronavirus. With shock, it reported the reopening of the wet market identified as the cause of the spread of the virus. James Kraska, an esteemed law professor, writes on the War on the Rocks website that China is legally responsible for Covid-19 and claims could be made in the trillions of dollars.

An epidemiological model at the UK’s University of Southampton found that had China acted responsibly just one, two or three weeks earlier, the number affected by the virus would have been cut by 66 percent, 86 percent and 95 percent respectively. Its failure has unleashed a global contagion killing thousands.