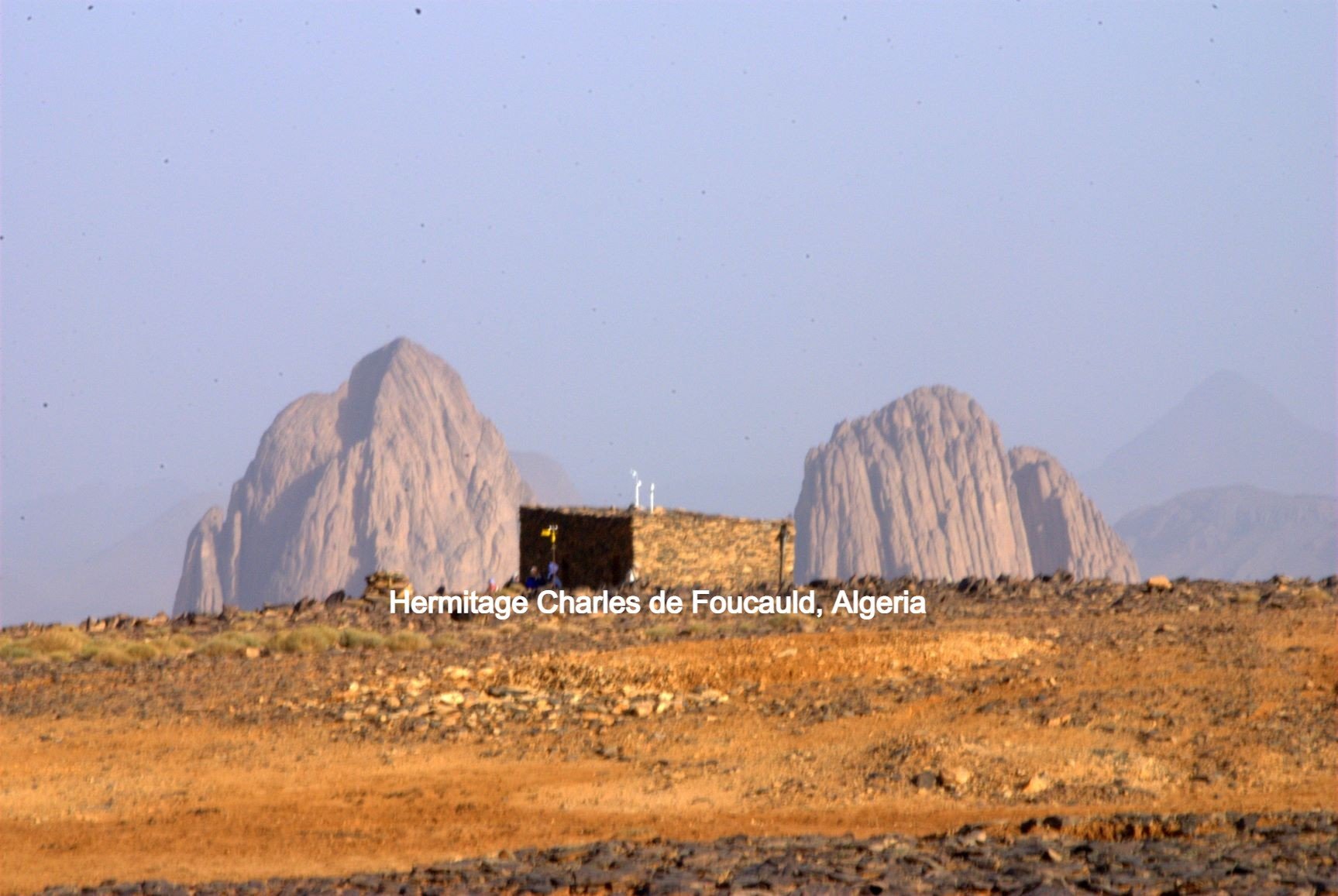 Blessed Charles directed his ideal of total surrender to God towards an identification with the poor, abandoned in the depths of the African desert. In that setting, he expressed his desire to feel himself a brother to every human being, and asked a friend to “pray to God that I truly be the brother of all”. He wanted to be, in the end, “the universal brother”. Yet only by identifying with the least did he come at last to be the brother of all. May God inspire that dream in each one of us. (Pope Francis in Fratelli Tutti § 287)

Our entire person must breathe Jesus, all our actions. Our whole life must cry out that we belong to Jesus, reflect a Gospel way of living. Our whole being must be a living proclamation, a reflection of Jesus.

CHARLES DE FOUCAULD (Brother Charles of Jesus) was born in Strasbourg, France on September 15th, 1858. Orphaned at the age of six, he and his sister Marie were raised by their grandfather in whose footsteps he followed by taking up a military career. He is considered to be among the most remarkable of 20th-century holy men: an aristocrat, immensely rich, and an explorer and soldier, forever disdainful of his superiors, who argued forcefully for the French colonization of North Africa. In his youth he played a key role in this endeavor.

As a young man, he was so taken with a rare wine that he bought the entire stock for 18,000 francs at a time when the average Frenchman earned perhaps 2,400 francs a year.

He undertook a risky exploration of Morocco (1883-1884). Seeing the way Muslims expressed their faith caused him to question his lack of faith, and he began repeating, My God, if you exist, let me come to know you.

On his return to France, the warm, respectful welcome he received from his deeply Christian family made him continue his search. Under the guidance of Fr. Huvelin he rediscovered God in October, 1886. He was then 28 years old. As soon as I believed in God, I understood that I could not do otherwise than to live for him alone.

A pilgrimage to the Holy Land revealed his vocation to him: to follow Jesus in his life at Nazareth. He spent seven years as a Trappist, first in France and then at Akbès in Syria. Later he began to lead a life of prayer and adoration, alone, near a convent of Poor Clares in Nazareth.

Ordained a priest at 43 (1901) he left for the Sahara, living at first in Beni Abbès and later at Tamanrasset among the Tuaregs of the Hoggar. He wanted to be among those who were, the furthest removed, the most abandoned. He wanted all who drew close to him to find in him a brother, a universal brother. In a great respect for the culture and faith of those among whom he lived, his desire was to shout the Gospel with his life. I would like to be sufficiently good that people would say, If such is the servant, what must the Master be like?

On the evening of December 1st, 1916, he was killed by a band of marauders who were struggling against the imposition of French rule.

He had always dreamed of sharing his vocation with others: after having written several rules for religious life, he came to the conclusion that this life of Nazareth could be led by all. Today the spiritual family of Charles de Foucauld encompasses several associations of the faithful, religious communities and secular institutes for both lay people and priests.

In between his devotions, he compiled a scholarly dictionary and grammar of the Tuareg people with whom he lived in a remote part of southern Algeria.

Perhaps the simplest, most profound statement ever uttered by Father Charles de Foucauld is the one on which a person could live his/her whole life: No matter what is being encountered, he said, It is JESUS in this situation.