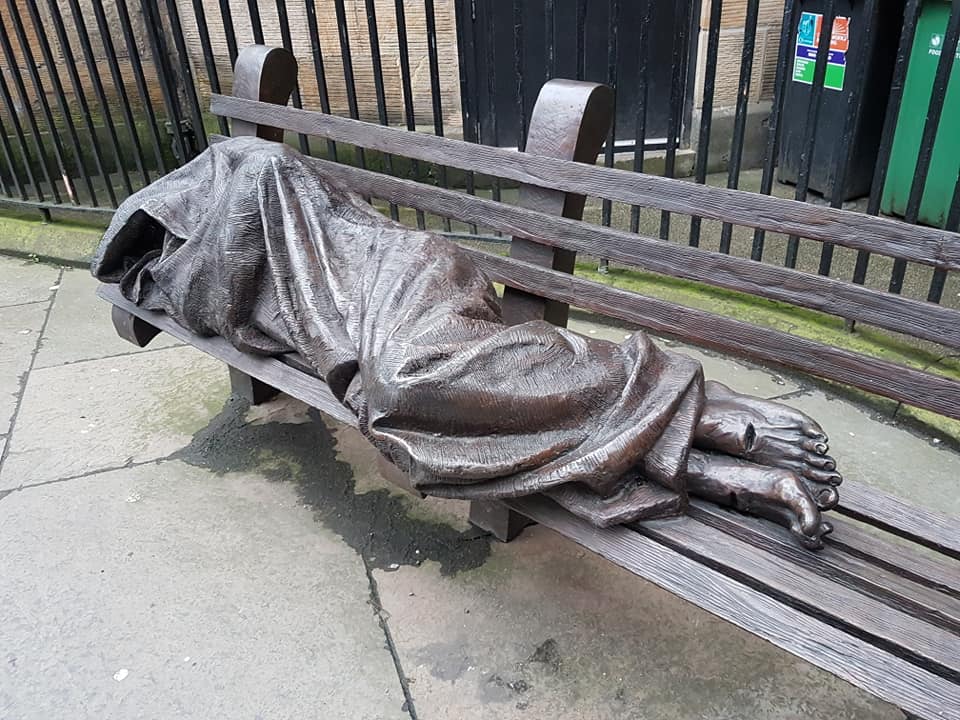 Jesus speaks about himself as the Son of Man. He did that consistently  from the beginning of his public life (see 8:12; 9:6 etc). From the beginning he had in mind an image  borrowed from a text of the book Daniel (7:13-14), ‘I saw coming on the clouds of heaven as it were a son of man. He came to the One most venerable and was led into his presence. On him was conferred rule, honour and kingship…’ Jesus applied this text to himself. From the beginning! So, in the story of today the Son of Man is called ‘the king’. But at the moment he speaks about himself as ‘the king’ he will be persecuted by the religious leaders (21,46) and he will approach his passion and outrageous death. He knows that. How did he bring together in his mind all these contradictory facts and feelings

The story itself is surprising as well. The King says about himself, ‘When I was hungry, thirsty, naked…’ Have you ever seen a hungry, thirsty or even naked king? The question of the upright is very understandable, ‘But Lord, when did we see you, the king, hungry, thirsty, naked…?’ Jesus’ answer is as surprising as is the story itself. He identifies himself with the poor and the ones in need. We remember that he said twice in Matthew’s Gospel, ‘I want mercy, no offerings’ (9:13; 12:7). Not devotion God, but love for our neighbour. Loving God and loving our neighbour is one and the same commandment (cfr. 22:37-39).