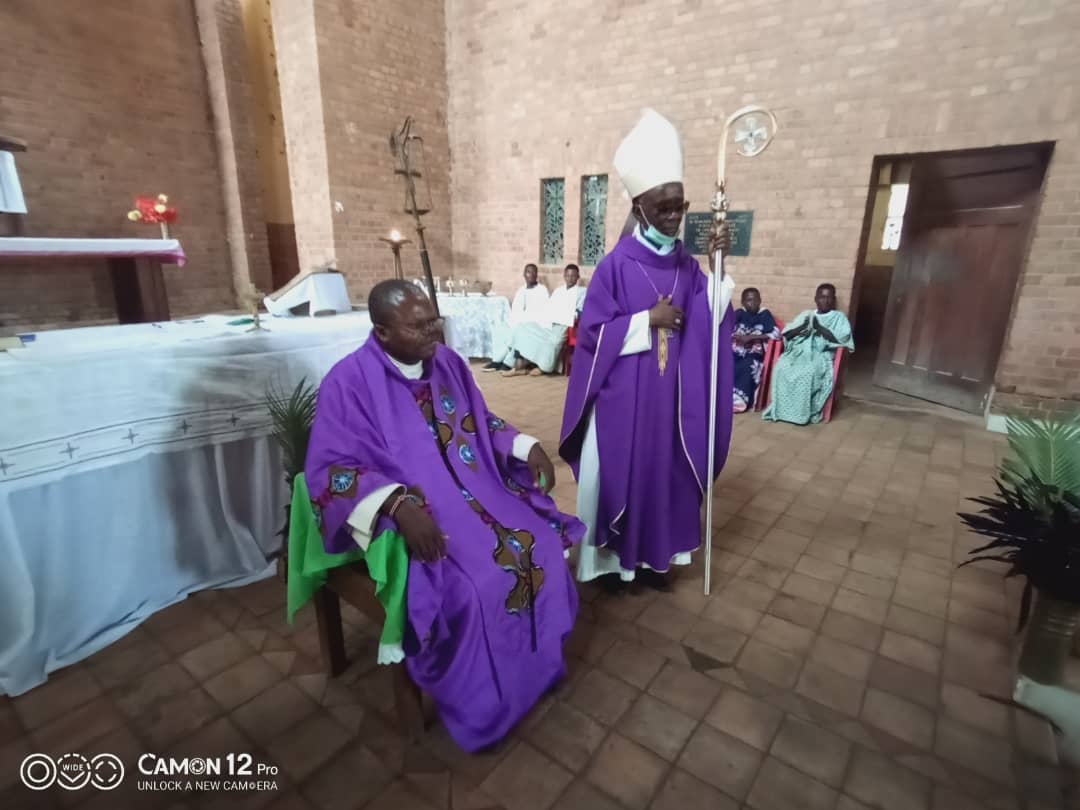 Consternation! The unexpected death of a missionary in the prime of his pastoral activity is disturbing, esp

Consternation! The unexpected death of a missionary in the prime of his pastoral activity is disturbing, especially when he is the leader of a small team in challenging circumstances. It is really distressing for those who are bereft. That is true for the few MHMs left in the DRC, and the other young Congolese MHMs confronted with their recent sudden bereavement.

But we can also think back to the beginnings of our Congolese Mission; and the dramatic loss that must have caused deep consternation to the first team to arrive. I have been struck by some extraordinary parallels between the recent loss of the Mill Hill contact person in the DRC, Fr. Otto Bambokela Mpetsi, and that of the leader of the Mill Hill pioneers in 1905! The place: Bokakata (St Joseph’s parish). The short duration …and the dates!

I was Otto’s parish priest back in 1981, then knew him as a candidate, student and missionary priest, pastor and formator (visiting him in Malindi, Mbikko and Luanda). Over the years, I grew to know and appreciate him as a colleague and friend; and have been shocked by his death. I have been looking at the last email I sent him; a short one, one he would never read. It was sent sent on 26 April… when, unbeknown to me, he lay dying in hospital in Basankusu. I find it particularly poignant.

I was thinking of Bokakata especially yesterday, as it was the anniversary of Fr Martin O’Grady, the first MHM superior in Basankusu, who lasted 17 days!! The first of those buried in Bokakata, the ‘mother mission’ of the diocese.

Greetings to Sr Rose, the rest of the community and to any in the parish who remember me..

I only heard that the abbés had had an accident and that it was ‘mwa sérieux’. Which bone did Abbé Martin break?

… I will be soon sending some more money … but did not get as much as I had hoped over Easter.

Fr Martin O’Grady MHM, from Manchester, was leader of the first group of MHMs sent to the distant interior of the Congo (to what is now the Diocese of Basankusu). They left Mill Hill on 16 January 1905 and reached Stanleyville (Kinshasa) by 14 February. Fr Martin was ill on their way upriver and they first carried on to Basankusu for him to be treated. He felt better and they went back downstream to Bokakata. But he had a relapse and died there on 25 April 1905.   As Fr Jan Oomen wrote at the time, “……You will understand, dear Father General, how abandoned and bereaved we feel in this great trial…….. Only seventeen days were we here, our destination, and he who would have been the organiser of everything is suddenly taken from us. It is God’s holy will, let it be done.”

Fr Otto Bambokela was appointed to Basankusu diocese as from 1 December 2020. He was appointed parish priest of Bokakata on 13 February and installed on 7 March 2021. He took ill there on the 22nd ,  and died in Basankusu on the 27 April 2021.

Two short periods of missionary and pastoral witness in Bokakata!

25 April 2021 was Good Shepherd Sunday!! When Bp. Joseph Mokobe visited Otto in hospital, he asked him why he had not come to town sooner. He was touched by Otto’s reply, “I wanted to celebrate Good Shepherd Sunday with my flock before coming to Basankusu for treatment.”

(As to other elements in my message; Sr Rose is the leader of the Diocesan Thérésiennes sisters’ community in Bokakata and the ‘abbés’ are two diocesan priests who were recovering from a serious motor-cycle accident…)

… Then an expression of Easter Hope: Christ is risen. Alleluia.

We see Otto’s death as untimely. In the Spirit may it bear much fruit.