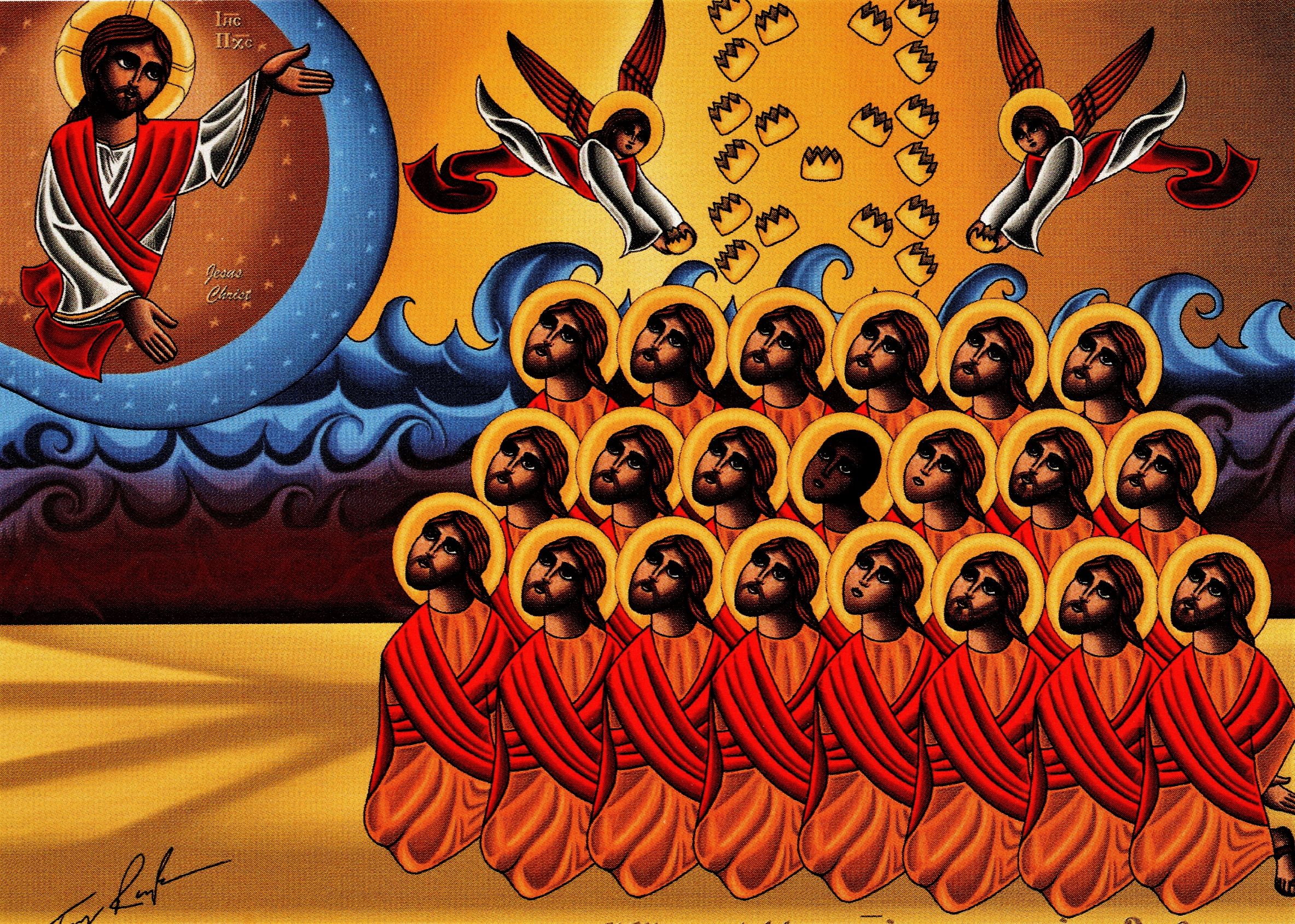 As the Egyptian Coptic Church marks the 5th anniversary of the 21 Christian men who were beheaded by ISIS on a Libyan beach on February 15, 2015, the mother of two brothers who were among those that were killed by the abductors has said that she is a “mother of martyrs” and exuded confidence that her sons are in heaven, praying for her family.

“I’m the mother of martyrs, I’m proud of them,” the woman told Aid to the Church in Need (ACN), an international Catholic pastoral aid organization that collaborates with ACI Africa.

“They intercede for me and their father in heaven,” she said and added that she prays for ISIS followers, calling on “God to give them the light and open their eyes to the truth and the good.”