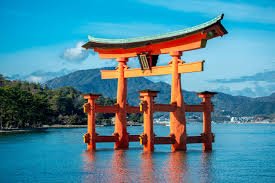 At 8.15am on 6 August 1945, the American Boeing B-29 Superfortress bomber released its deadly cargo into the early morning skies of the waking Japanese industrial town of Hiroshima. The roar of its engine announced the beginning of the apocalyptic chapter in the story of man’s inhumanity to man. ‘Little Boy” took just 50 seconds, after its release from the aircraft, to detonate in the morning sky 600 metres above Hiroshima.

This Thursday marks 75 years since sinister nuclear capabilities were demonstrated on a largely civilian target. London band Ooberfuse joins forces with Japanese legendary musician Hibari to expose the hollow rhetoric of peace and justice, rhetoric used like a band-aid to cover the truth and reality of what happened on that day 75 years ago. Re-inventing 80s synth pop classic Enola Gay, Hibari tells the story from the Japanese point of view, a song that perhaps others do not want to hear.