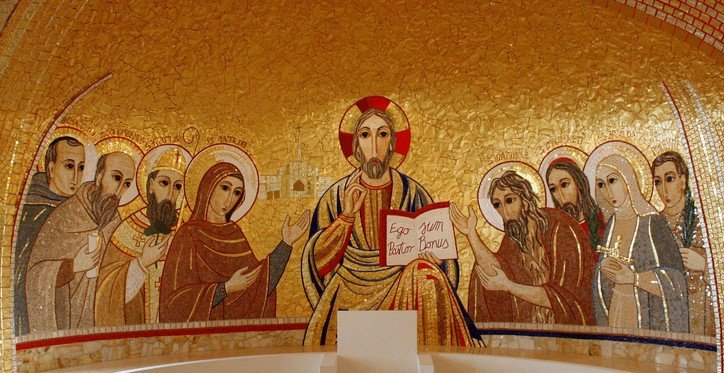 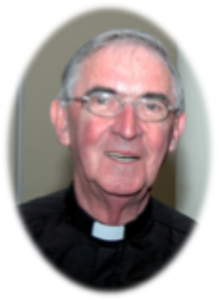 Fr. Jim O’Donoghue was born on the 27th of May, 1934 at Cahirciveen in the County of Kerry, Ireland. His father was Denis O’Donoghue, a teacher, and his mother was Teresa Moriarty. His family consisted of three brothers and six sisters. Jim’s birth diocese was Kerry also.

Determined to be a missionary priest, Jim attended our Mill Hill School at Freshford from 1947 to 1952, proving himself to be a most capable student. He proceeded to study Philosophy at Roosendaal in Holland from 1952 to 1954, then to study Theology at Saint Joseph’s College, Mill Hill, London from 1954 to 1958. Jim’s aptitude to study did not go un-noticed by the staff and his superiors.

Jim committed himself to God and the Society by taking the Perpetual Oath on the 6th of May, 1957 at St. Joseph’s College chapel. He was ordained priest in the same chapel on the 13th of July, 1958 at the hands of Cardinal Godfrey of the Archdiocese of Westminster, England.

Not unsurprisingly, Jim’s first appointment was to Further Studies. He was sent to the Catholic University at St. Louis, USA and achieved a Masters Degree in History. Keen to go abroad, Jim was appointed to work at Saint Anthony’s College, San Jose, Antique Province in the Philippines in 1962. Jim made a great contribution to the up-building of St. Anthony’s College, and is still very fondly remembered there today. He was a dedicated, gifted and popular teacher and priest and a stalwart member of the Mill Hill community in the Philippines. In 1979 Jim was appointed back home to Ireland to work as a member of the “Promotion Team”. In 1982 he was appointed Rector of our school at Freshford. In 1983, he was appointed to the Missiehuis in Roosendaal to teach and be a Spiritual Director. In 1988, Jim was transferred to a similar post in St. Joseph’s College, Mill Hill, London. In 1992 Jim was again appointed to his “Home” region in Ireland, this time for promotion, vocation and teaching work. In 2002 Jim generously accepted a short appointment back to his beloved Philippines, to help in the Formation House in Iloilo. After only three years, in 2005, Jim was withdrawn from the Philippines and appointed to the Irish Region. There he continued to minister as a priest, especially in St. Mary’s Parish in Belfast, which he found particularly rewarding. By December 2016 Jim was ready to retire to our retirement house at Dartry, Rathgar, Dublin. By then, Jim was 81 years old, but looked much younger than his years!

Jim settled into retirement and quickly became a key member of our Dublin community as his personality and great sense of humour endeared him to his fellow Members, the staff of the house, and the many visitors who passed through the portals of the house.

Almost two weeks ago, Jim succumbed to the covid-19 virus and was eventually taken into hospital. Every effort was made to save Jim’s life by the staff and auxiliary workers at the hospital. His family, colleagues and friends visited and prayed for his recovery, but it was not to be. The Lord embraced him “Home” around 6.30.am today, Easter Tuesday, the 14th of April. May he hear the word, “Come, good and faithful servant. Take for your heritage the Kingdom prepared for you.”