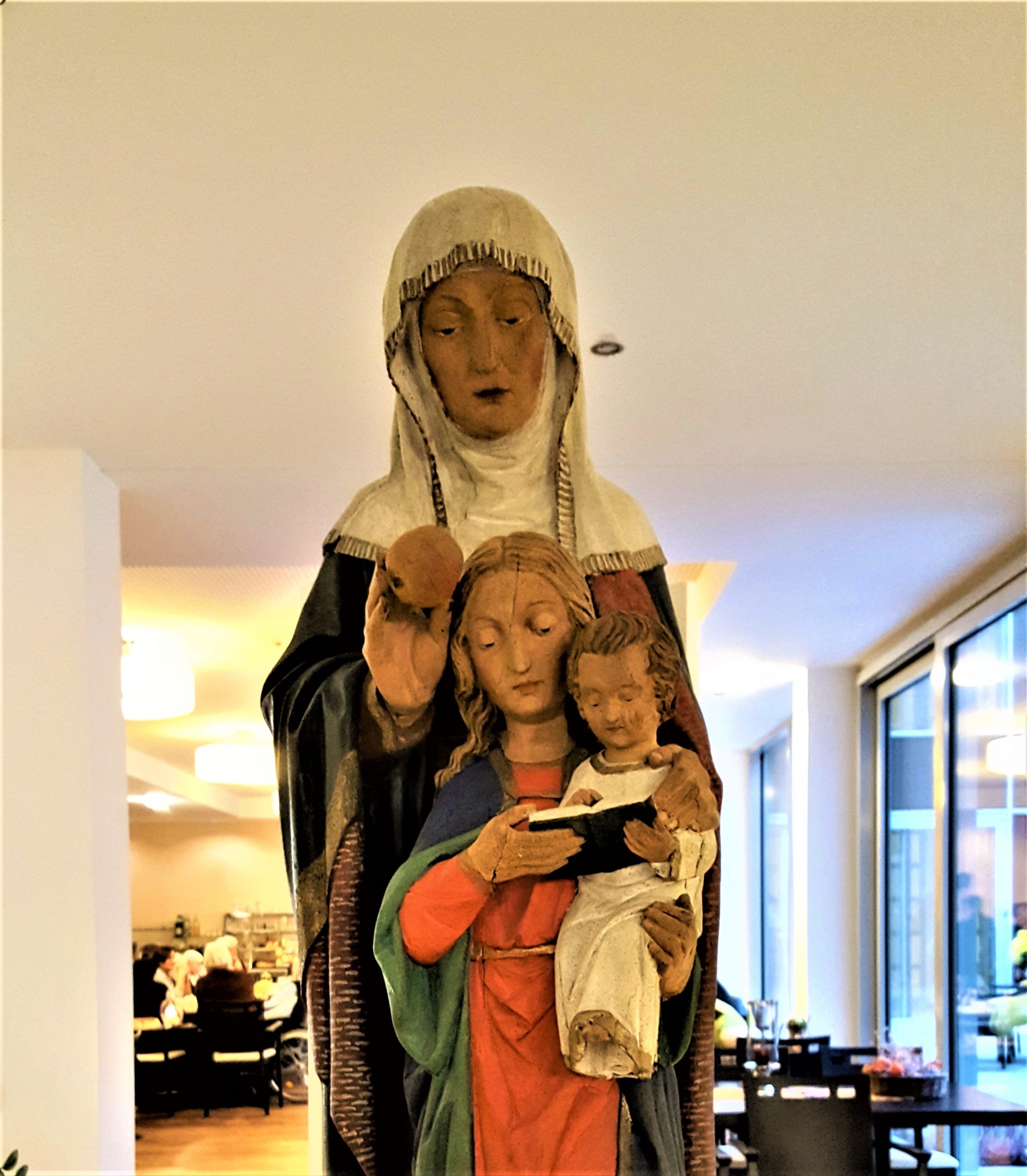 The work of the Messiah is often described in the Bible in terms of warfare: the cosmic struggle between good and evil. Judging from the first reading (Gen 3), one might think that Mary, as the new Eve, deserved the title of Lieutenant General. That distinction, however, has traditionally been awarded to the Archangel Michael. From the outset, people started talking about Mary in terms of motherhood. Some people don’t like that: they think that Mary is thereby reduced to a sweet and submissive mother. However, we must realize that Mary was a Jewish mother, and a Jewish mother was not sweet and submissive. In Jewish literature, the Jewish mother is someone who is not afraid of disturbing men and children. Mary was a Jewish mother who did such a thing. Just look at her words in her song, the Magnificat. God chose her because He thought she could play that role of a Jewish mother. Mary did not disappoint Him.

We have a flawed idea about the place of women in Jewish society. Admittedly, she was excluded from the supreme temple service of the priests, the scribes, and the Pharisees. But the Jewish religion was not primarily a temple service, but rather a domestic religion. Prayers were recited in the household. The ancient stories were told there. The rules of ritual purity found their practical application there. And mother-the-housewife was the one in charge there.

We must also realize that newborn babies got their Jewish identity, and still get it, through the mother, not through the father. I find that trajectory via the Jewish mother an inspiring thought. Little boys had to be circumcised to remove them from the pagan realm of the devil and allow them to fully share in the Jewish identity; girls were not circumcised. After all, through their femininity they were already automatically connected to God’s people.

The second reading (Eph 1) fits in well with this. Saint Paul points out that God carefully organizes the future. God wants to establish himself in his creation to assert his will. He has chosen the Jewish people from eternity as a bridgehead to the whole world, says Paul. One could then add the thought that God has chosen Mary from eternity as the access route for his divine son Jesus to the world. Mary’s function is therefore an extension of the function of the entire Jewish people. The task of being God’s bridgehead and access road entrusted to the Jewish people was ultimately fulfilled in Mary.

Now the following thought may be added.
God wanted to secure that whole path of Jesus, a priori keeping it out of reach of the diabolical enemy. As the theology of original sin gained strength, it became increasingly clear that that original sin should not apply to Mary. This doctrine grew into the dogma of the immaculate conception.

What does all this mean for us for whom the theory of original sin is losing its edge? Mary was the safe way for Jesus. The way to where? Not to the temple of Jerusalem; to the heart of the people and to the family. God’s kingdom was to be established there. I also think you can say that Mary gave Jesus his calling of a Jewish Messiah. In the gospel, she is also the one who teaches Jesus to see Joseph as his caring father. In the end, Mary remained God’s bridgehead and the mother of all the disciples of Jesus. Indeed, we are all brothers and sisters of Jesus because his mother is also ours.

Today we are celebrating the feast that Mary was the first to be declared forbidden territory for the devil, liberated territory. As Christians, we have joined her family. We must let it shape ourselves as bearers of a redeeming message: the message that the seed of God’s Kingdom is growing in us. And we can trust that God has also declared us liberated from demonic forces. Although we have not been conceived immaculate, we have been declared a purified area. And we must be inspired by Mary to give Jesus liberating access to all parts of the world.

Listen to Tina Beatty on Zoom: Mary at Christmas