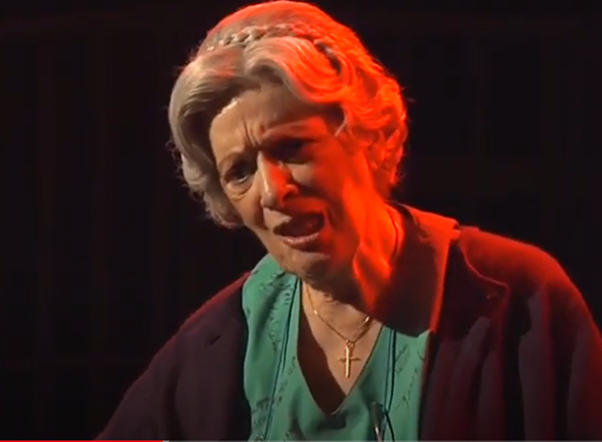 In this one-woman drama, Sarah Melici masterfully plays Dorothy as well as eleven other characters, including Forster Batterham, the father of her daughter. As a costume, she wears a simple replica of the prison uniform from Dorothy’s last arrest, when she was jailed with the farm workers in Delano, California, supporting Cesar Chavez and the United Farmworkers union campaign.

After the premier of Fool For Christ in Maryhouse, New York in 1998, Sarah toured the country performing the play in colleges, parishes and Catholic Worker houses. When Dan Berrigan saw the play for the first time, he wrote: “Fool for Christ is worthy of the original Dorothy.”