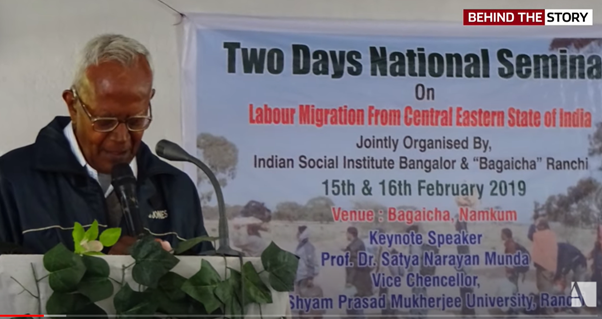 The 22nd March 2021 saw the refusal of bail on humanitarian grounds to Fr. Stan Swamy SJ, the 84 year old Jesuit priest who is being unjustly imprisoned in India. The struggle of the team of lawyers, the Jesuit Conference of south Asia, and many international and national human rights activist did not succeed in making the court to grant him bail even on humanitarian grounds. This refusal was a big shock to many, raising in them the desire to know more about who Fr. Stan and why he was refused bail.

It was with this motive, to understand in a deeper way the situation of Fr. Stan, that the America Magazine scheduled an interview with Xavier Jeyaraj SJ; Secretary of the Social Justice and Ecology Secretariat in Rome, and Cedric Prakash SJ, a Jesuit human right activist in Gujarat – India. For over 30 minutes, they discussed the situation of Fr. Stan who is languishing in prison under false claims of inciting violence and having links with the Maoist group, thus considered as an anti-national and a terrorist.

During the interview, more light was thrown on Stan’s situation; the law under which he is being accused, the gravity of the situation, and why Fr. Stan is innocent. Watch the complete video of this interview below to understand Fr. Stan’s case as we all stand with him and advocate for a more just world.