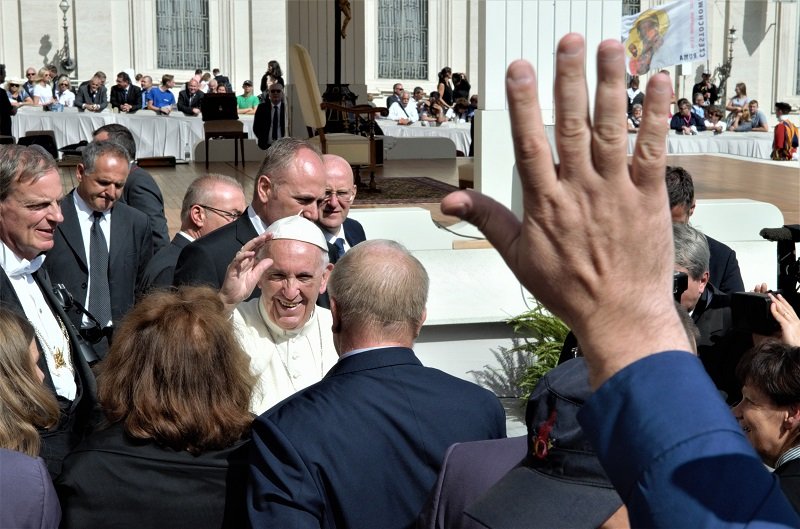 In Fratelli tutti, the very liberal-sounding idea of universal fraternity is put into dialogue with the gospel message which points so strikingly in the direction of the brother- and sisterhood of every human being. A more triumphalistic pontiff would have insisted that the gospel was the ultimate source of all that is good in the Enlightenment, including its vision of human equality. But Francis does not play those sorts of games, preferring instead to scratch his head in disbelief at how long it took the Church to realise that slavery and Christianity were incompatible (§86).

Essentially, Francis believes that the gospel can give a soul to the idea that we are bound to respect one another’s inherent dignity, to work for a society in which everyone is included and for an international order in which cultural and other differences are sources of enrichment rather than resentment. The liberal vision on its own is dry, formal and abstract. It over-reaches itself when it envisages a universal civilisation of peace because it leaves love out of the picture, and love is the only thing that can bring the liberal virtues to life. The love of humanity in general, as Dostoyevsky pointed out, all too readily cohabits with a scorn for the real, flesh-and-bone human beings who surround me.

The fact that so many who would gleefully class themselves as ‘global citizens’ do not get beyond merely proclaiming universal human dignity is what makes them sitting ducks for ridicule as bourgeois virtue-signallers, woke adolescents, self-serving hypocrites whose progressive opinions serve little function other than to make their hearts feel warmer than they are. And it’s that jeering critique of a ‘globalisation’ at the beck and call of a disingenuous elite which today sustains a whole series of movements, more or less inchoate, which seek to bring an end to the liberal project and to put something more sinister in its place. Francis is keenly aware of the dynamics at play here and the complex way in which righteous indignation fuses with malign opportunism to create modern day populism, a phenomenon he finds as distasteful as soulless, technocratic liberalism.