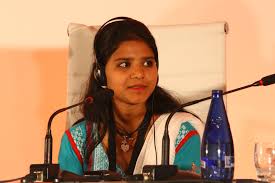 Today, Asia Bibi, the Catholic woman who was sentenced to death for blasphemy in Pakistan, released her autobiography.

Enfin Libre! (Free at Last!) has been written by Bibi and the French journalist Anne-Isabelle Tollet. Bibi, a farm labourer spent nearly nine years in prison after she was accused of blasphemy in 2010 during a dispute over a cup of water.

During her years on death row, Bibi’s case won the support of Pope Francis and many international human rights organisations. Two Pakistani politicians were murdered for supporting Bibi and calling for a reform of the country’s harsh Blasphemy laws.