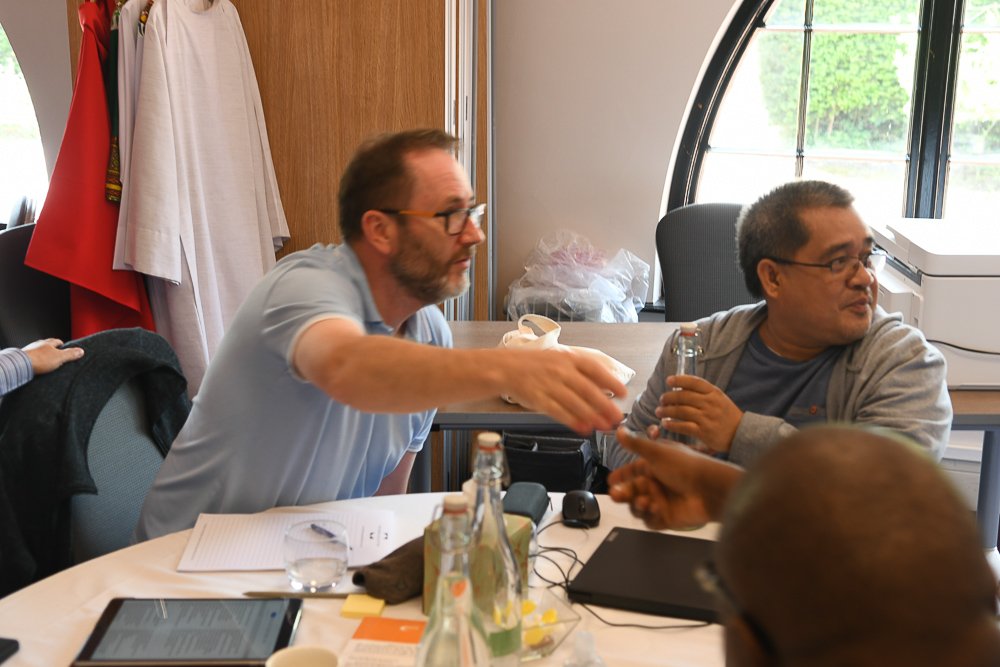 Today the capitulants had a late morning start to allow the writing committee to finish draft versions of the final statements of the 19th General Chapter.

The first item on the agenda, when the Chapter convened at 11 am, was to finish the election process by designating a Vicar General from among the three elected General Councillors. The vote resulted in the election of Gerry Hastie as Vicar General for the next five years.

The Chapter then moved into editorial mode fine tuning and voting on draft documents articulating the essence of the discussions of the previous week on what has come to be called the five ‘umbrella areas’ of primary interest viz Mission & Identity, Formation, Care of Members & Associates, Finance & Stewardship as well as Governance & Leadership.

Members of the writing committee, Gerry Hastie, Mathews Olili and Fons Eppink, were asked to present each draft document in turn.

First in line was the draft document on Mission & Identity.

This was followed later in the afternoon by the review and approval of the draft document on Formation.