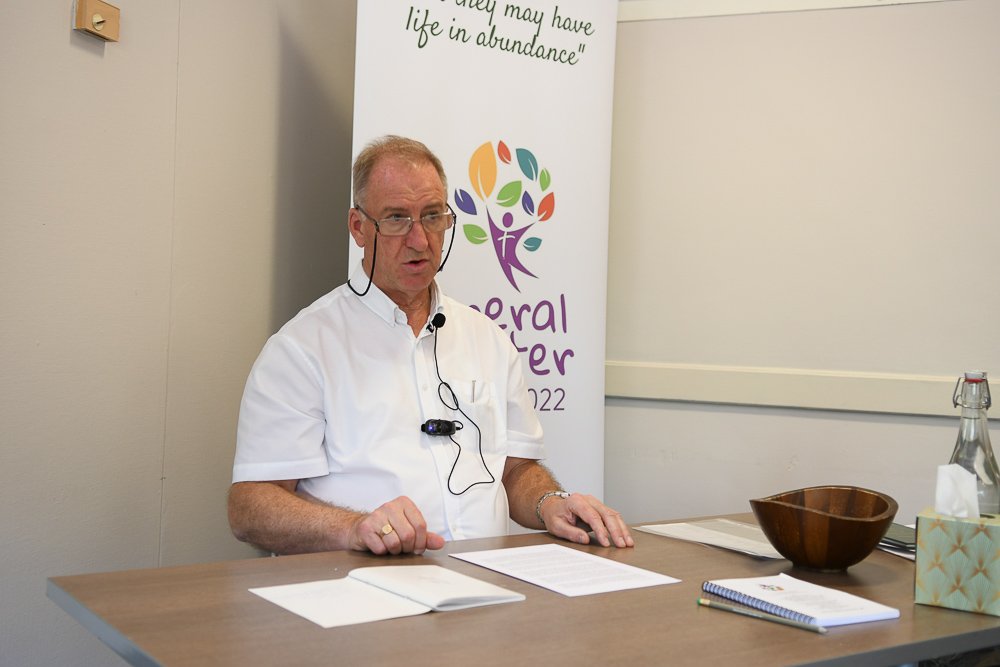 Today, Saturday June 11, is a celebration of endings. The 19th General Chapter of the Mill Hill Missionaries is drawing to a close.

The capitulants started the morning’s proceedings by together reciting the General Chapter prayer one last time.

This was followed by a presentation of the division of portfolios among the members of the new General Council team.

And after a slight constitutional change involving D 61 had been voted on, it was the turn of the re-elected General Superior, Fr Michael Corcoran, to pronounce the Chapter’s closing address.

Finally each delegate was invited to sign the recorded Acts of the 19th General Chapter.

The closing Eucharist will be celebrated and broadcast livestream from the church of Our Lady and St Edmund at Abingdon this afternoon at 4 pm local time.