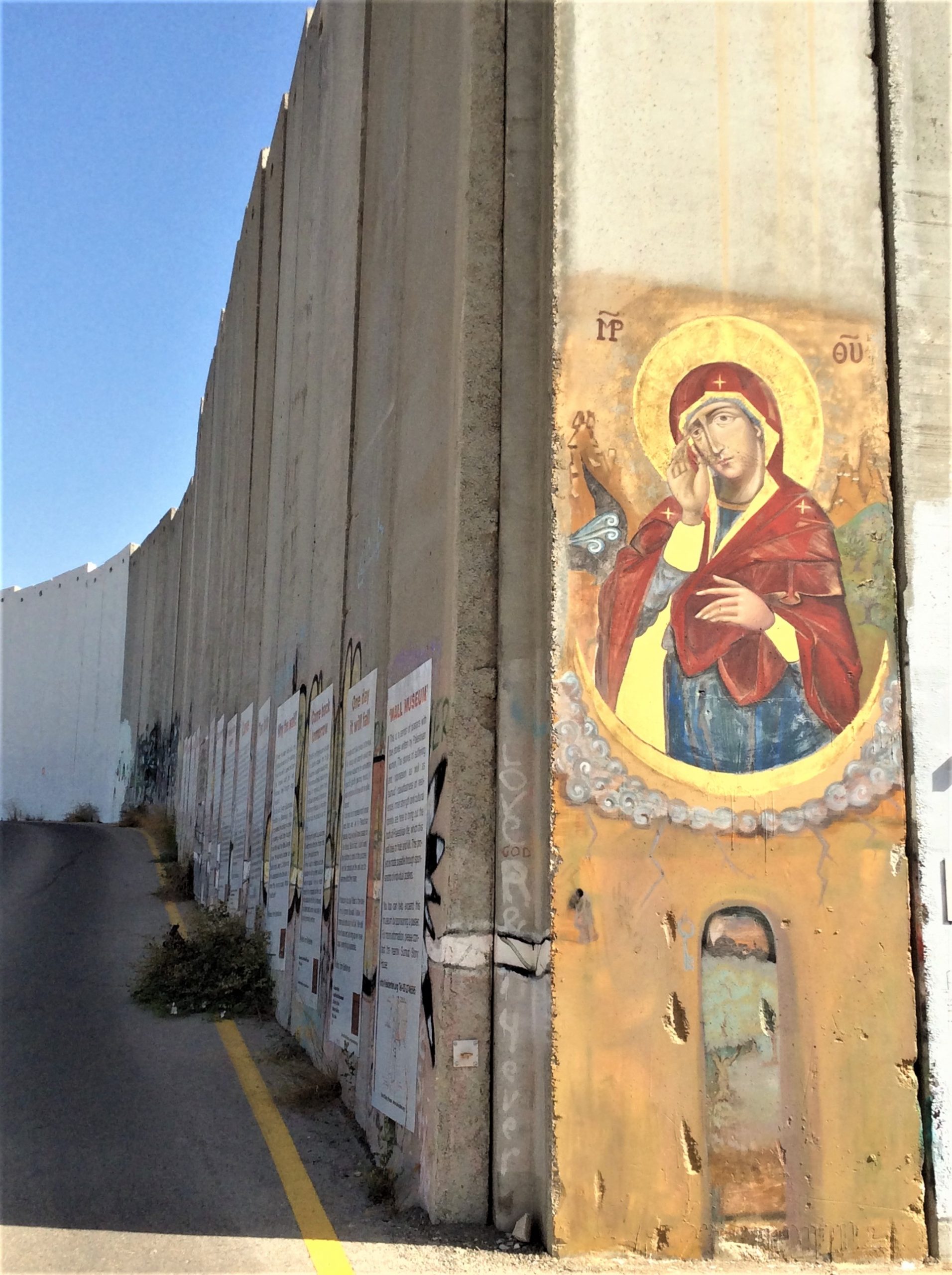 The wall and military towers loom above the convent on all three sides, including over the kindergarten playground, which has been covered by a fireproof roof because of the Molotov cocktails thrown over the wall by Palestinian demonstrators during clashes with Israeli soldiers. Previous shelters have caught on fire from the Molotov cocktails, said Vacas.

She said the wall near the convent is easier to jump than other spots, and Palestinians jump the barrier to reach family, jobs or health care on the other side, which is under Israeli control. This often makes the convent a flashpoint for confrontations.

“This creates a very difficult situation; soldiers come by here twice a day, and any time of the day people jump over the wall to get over to the other side,” said Vacas. “But we are missionaries, and missionaries are normally on the border. It is not by chance that we are here. We are here to attempt to make ‘holes’ in the wall. Our sadness is that the soldiers are the only experience the children have of Israelis.”