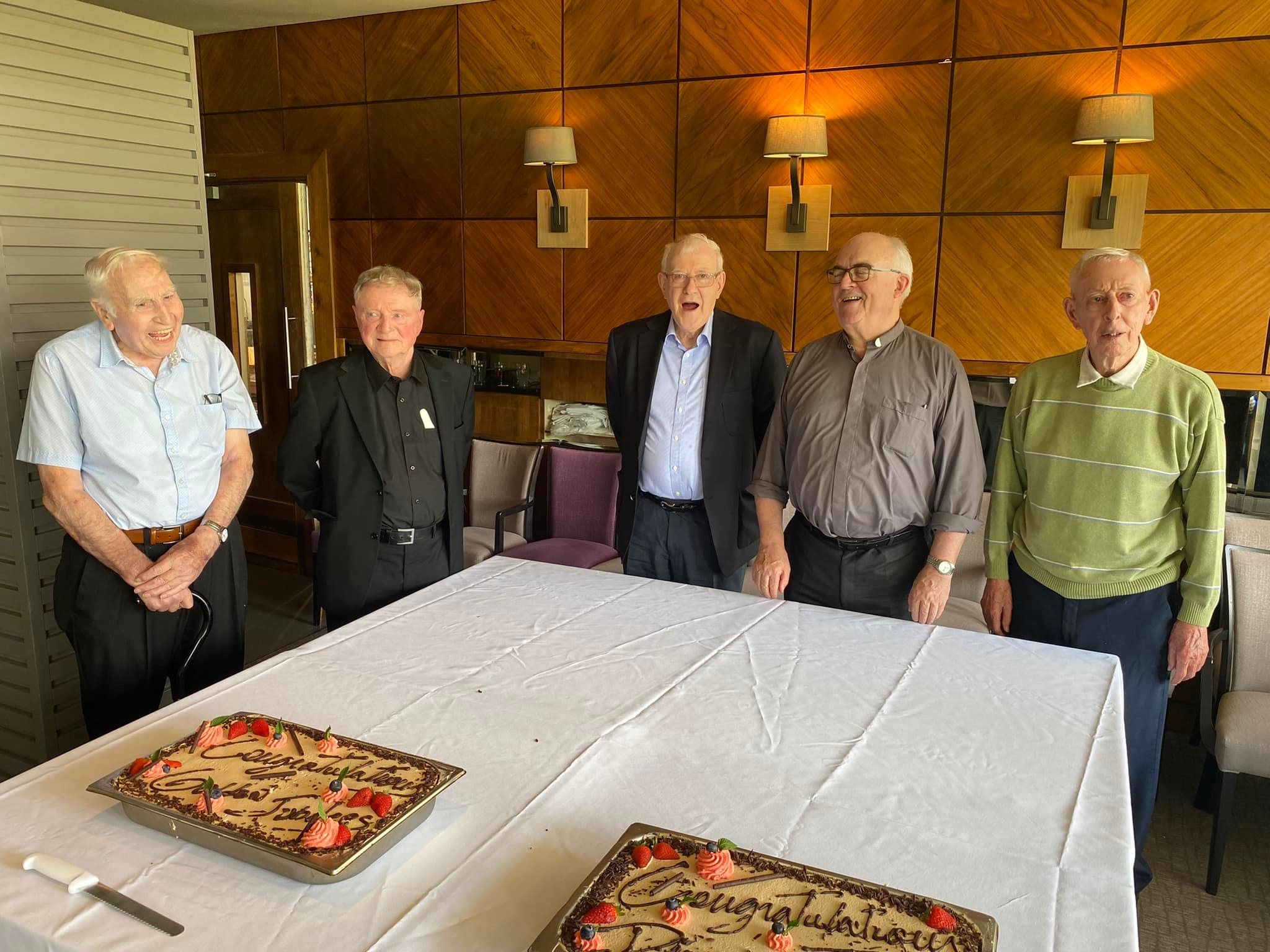 Family and friends from various parts of Ireland, England, Scotland and New York arrived at St. Joseph’s House on Sunday 24th July to celebrate the Diamond Jubilees of John Ambrose, Bart Daly and Tony Murphy and the Golden Jubilees of Patrick Molloy, Jim O’Connell and Denis O’Connor.  The Irish Region hosts the family representatives and Jubilarians as a sign of appreciation and to acknowledge their commitment as Mill Hill Missionaries and mark the milestone their jubilee is.

To host such a group of people at this particular time with Covid still prevalent, and with people coming from so many parts of the world and country, covid preventative measures with disinfection purifying equipment has been installed in the chapel.  This was double boosted for the day, and the chapel air fan was also used.  As the Chapel is a small space, those attending wore face masks which did not dampen the joy, happiness and spirit of celebration during the day. The face masks did not muffle too much the singing during the Liturgy either, and there was great volume as people sang the hymns.

This gathering of family members for jubilees at St. Joseph’s was the first celebration since 2019.  It was also the first public liturgy attended by a number of people from outside since March 2020.

Patrick Molloy, one of the Golden Trio presided and Fr. Michael Corcoran, the General Superior preached.  After Holy Communion all the Mill Hill Missionaries present were invited to publicly renew their Missionary Commitment as they read out the renewal of the Missionary Oath from the Jubilee Liturgy Booklet.

Following on after the well organised and prayerful liturgy the celebration continued with a very well appreciated meal at Milltown Golf club for the jubilarians, their families and Mill Hillers attending it.