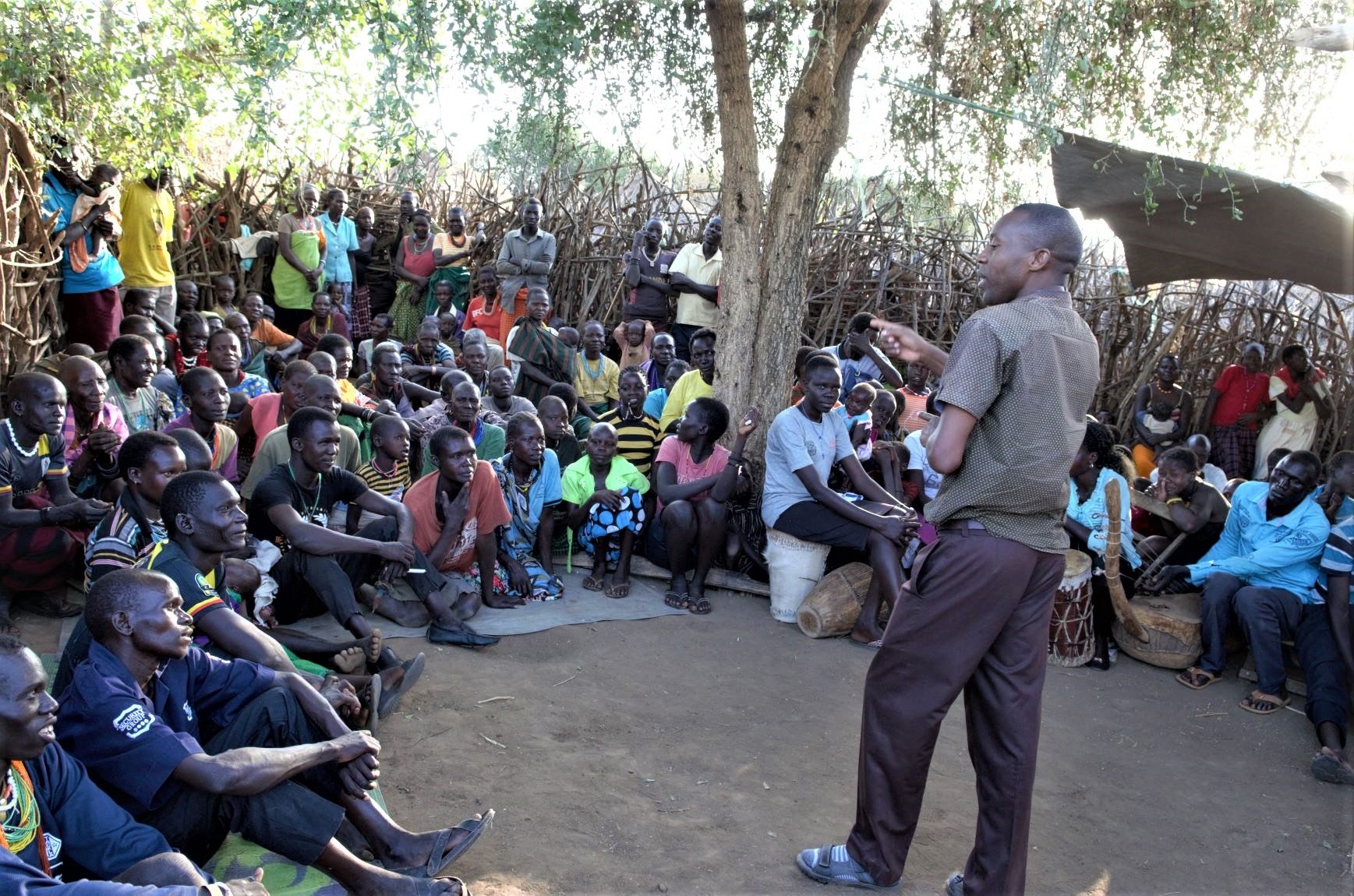 During Missionary Experience Program in Uganda- Kotido Diocese , I was always amazed at the active participation of the Christian  during celebrations either in church or in the community. In every celebration in Loyoro parish, both in church and in the village, I was always struck by the interior, external, and material elements that characterized the participation of the people. During liturgical celebration, the external participation was marked with gestures and words. These gestures consisted of dancing, jumping, clapping: the entire body expressed the sense of active participation. These gestures were accompanied by words and singing. The Karimojong songs were always inspiring to me whenever I could listen to them either in my room, in church, or  in the village.

I once accompanied the people to the shrine where they normally offer their sacrifices especially when there were calamities in the village. This sacrifice which I witnessed had both the elements of external participation and interior participation. On our journey to the shrine, there was a lot of singing and dancing. When we arrived at the shrine, the elders went closer to the tree where the sacrifice was to be offered. The elders requested me to join them. One of the elders had to express the needs of the people to the ancestors in words.  After expressing the needs of the people and invoking the ancestors to come to their aid, there was solemn silence.  I was touched by the silence that was observed. The silence was a moment of listening to the ancestors. It was also a moment of adoration to their God. It was a moment of surrender to their ancestors.

In addition, the offering of material things during liturgical celebrations and their celebrations in the village also characterize their active participation. During liturgical celebrations, they could offer money and some foodstuff at the offertory. As mentioned above, at the sacrificial ceremony I attended, the people offered a he-goat during the sacrifice. The goat was black in color. When I asked the people as to why they used a black goat, they said that the black goat could easily appease the ancestors and their needs be granted.

After a careful reflection on this experience of active participation among the Karimojong, I came to the following conclusion.

First, people can only participate actively in something which has meaning and value in their lives.

Attending their sacrifice widened my scope of knowledge about the people and also about their cultural practices.

Finally, it was an enriching experience for me to witness how they behave before their ancestors and their gods.