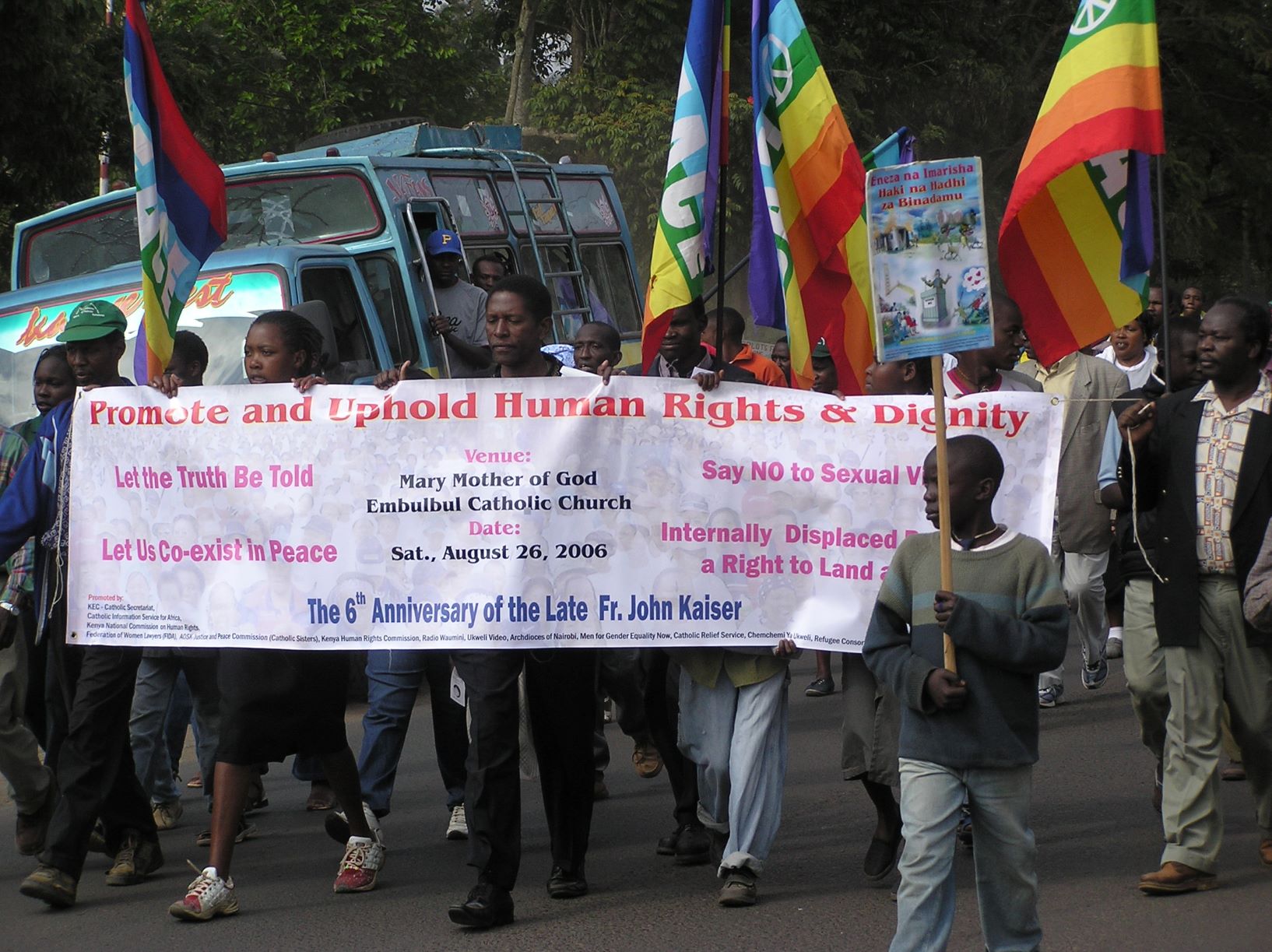 The victims of Moi and the KANU regime have never been given justice. These include those who were assassinated, murdered, tortured, detained without trial, exiled, and those whose lives were destroyed. Neither Moi, not his regime, ever faced justice or paid for these crimes. Only a credible truth commission and effective prosecutions can bring justice to the victims. Those responsible, or their estates, must be called to account through lustration, compensation, or stiff prison sentences. A society that forgives — and forgets — such abominations is bound to keep on committing them. 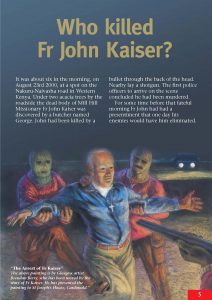 When, in June 1982, Oginga Odinga and George Anyona announced plans to establish a political party, Parliament enacted a constitutional amendment that officially turned Kenya into a one-party state, firmly ending the possibility of lawful political competition. But this was not all. In 1986 and 1988, Parliament enacted constitutional amendments that eliminated security of tenure in office for the Attorney General, the Controller and Auditor-General, and, later, judges of the High Court and Court of Appeal. These amendments removed the few remaining independent checks on the power of the president.

The 1988 elections, during which the secrecy of the ballot was abolished in favour of mlolongo, reinforced the one-party system as well as strengthening Moi’s hand significantly.

After the 1988 elections, KANU began to assimilate bodies that had long performed independent functions. As part of this, Parliament amended the Trade Licensing Act to extend political control over lawyers, whose private practices were now subject to licensing by the Treasury amid recriminations by Kenyan Vice President, Josephat Karanja, that the legal profession was a “nerve centre for imperialists.” KANU would go on to officially incorporate Maendeleo ya Wanawake, into its own women’s league and also attempted to absorb Central Organisation of Trades Unions. KANU’s all-engulfing capture was then institutionalized with the establishment, in 1988, of the new Ministry for National Guidance and Political Counselling whose mandate included the promotion of KANU and the projection of the nyayo philosophy. An early act by James Njiru, the minister for National Guidance and Political Counselling, was an announcement that newspapers that did not tow the KANU line would be removed from business. Njiru also argued that the newfound queuing system should replace the secret ballot all over Africa.

KANU, now officially protected from competition, grew increasingly intolerant of those who criticized the government. As part of this, Moi’s 1989 New Year’s speech mandated the ruling party to monitor public places, such as bars, hotels, and restaurants, to identify those who opposed him.  The KANU disciplinary committee, chaired by Okiki Amayo, became the official barometer of loyalty to the party and the president. The political careers of those found not loyal enough suffered ruin. The party’s controversial youth wing morphed into a violent extortion tool, shaking down the population for party membership subscription fees, which now became compulsory for all citizens.

With the space for alternative political expression officially unavailable, such expression went underground, a phenomenon that explains the emergence of Mwakenya and other underground movements. Fearful of surprises, the Moi state increased surveillance against citizens. The use of torture, both as a means of extorting information and controlling people through fear, was a logical consequence of these circumstances. The records of the Kenya Transitional Justice Network indicate that as at June 2019, 179 cases against Moi-era torture have been heard by the High Court which passed judgement in all of them, finding liability against the government. A total amount of Sh. 2.05 billion has been awarded to these claimants. A number of these lawsuits contained multiple claimants, meaning the actual numbers of victims are more than the suits. A majority of the claimants are ordinary people: farmers, university students and lecturers, journalists, hawkers, and teachers. Their crime was that they opposed Moi or were found in possession of publications that were deemed subversive. The list also contains some prominent people: Kenneth Matiba, Edward Oyugi, George Anyona and Mukaru Nganga. Under Moi, torture was universally applied to all opponents irrespective of their station in life.  The fact of the awards, and the large number of those awarded, provide proof that torture was both widespread and systemic in the Moi regime and is something that should form part of how the country remembers him.

In the Moi era, the use of torture and detention without trial was interspersed with prominent political assassinations: Robert Ouko, Masinde Muliro, and Alexander Muge. None of these cases was independently investigated.

Severe restrictions on the freedom of association and assembly that prevailed during the Moi regime made it impossible for independent organisations to register or to operate in Kenya. The history of the Kenya Human Rights Commission (KHRC), founded in 1992 by Kenyan exiles living in the United States where it was initially registered, reflects the difficult political situation that prevailed in Kenya at the time.

Yielding to growing pressure, Moi allowed the resumption of multiparty politics in1991. However, his party staged a fierce rear-guard vilification of the idea of multiparty politics which he characterised as evil. With Moi garnering just 35 percent of the vote in the first multiparty elections the following year, the now-deceased former president had lost the legitimacy to govern the country, as a result of which he barely managed to cling onto power. The only way he could maintain himself in power was through the use of force. At the same time, the newly-introduced multiparty politics created expectations of an improved political situation.

On the economic front, Kenya had undergone a major drought in 1991/2 coinciding with the political jostling. The political violence in the Rift Valley and Western Kenya had disrupted economic activity while the 1991 Gulf War had generated a sharp rise in fuel prices.

The Goldenberg scandal, the first of many mega-corruption scandals under Moi, was presented as an alternative way of earning much-needed foreign exchange, but would prove to have the opposite effect: a drain on the country’s little foreign currency. Goldenberg triggered a massive collapse of financial institutions, which affected access to social and financial services in the country.

This context meant that the period until the next elections, in 1997, was going to be difficult. These five years became one of most violent periods in Kenyan history, with Moi seeking to re-consolidate power in unaccustomed environment of multiparty politics, having scrapped through the unfamiliar scare of an election. If the 1991/2 violence had been aberrant, the violence in the Rift Valley and at the Coast and at the Coast in 1997 moved the country towards normalising planned violence as a way of doing politics. In this way, the Moi-era political violence presaged the more serious violence of 2007/8.

A period of 18 years elapsed after Moi retired and before he died. In that time, Moi never once revealed his thoughts about his own presidency, particularly in the light of the mounting criticism about his record in office. It is a reflection on the limitations of Kenya’s Truth and Reconciliation process that this did not afford the victims of the Moi violence a chance to find closure through some kind public confrontation with Moi. The effect is that after a long life, maintained by money that he stole from the victims of his violence, and later by their taxes, Moi has exited on his own terms and without really being made to answer for anything that happened under his watch.

The victims of Moi and the KANU regime have never been given justice. These include those who were assassinated, murdered, tortured, detained without trial, exiled, and those whose lives were destroyed. Neither Moi, not his regime, ever faced justice or paid for these crimes. Only a credible truth commission and effective prosecutions can bring justice to the victims. Those responsible, or their estates, must be called to account through lustration, compensation, or stiff prison sentences. A society that forgives — and forgets — such abominations is bound to keep on committing them.