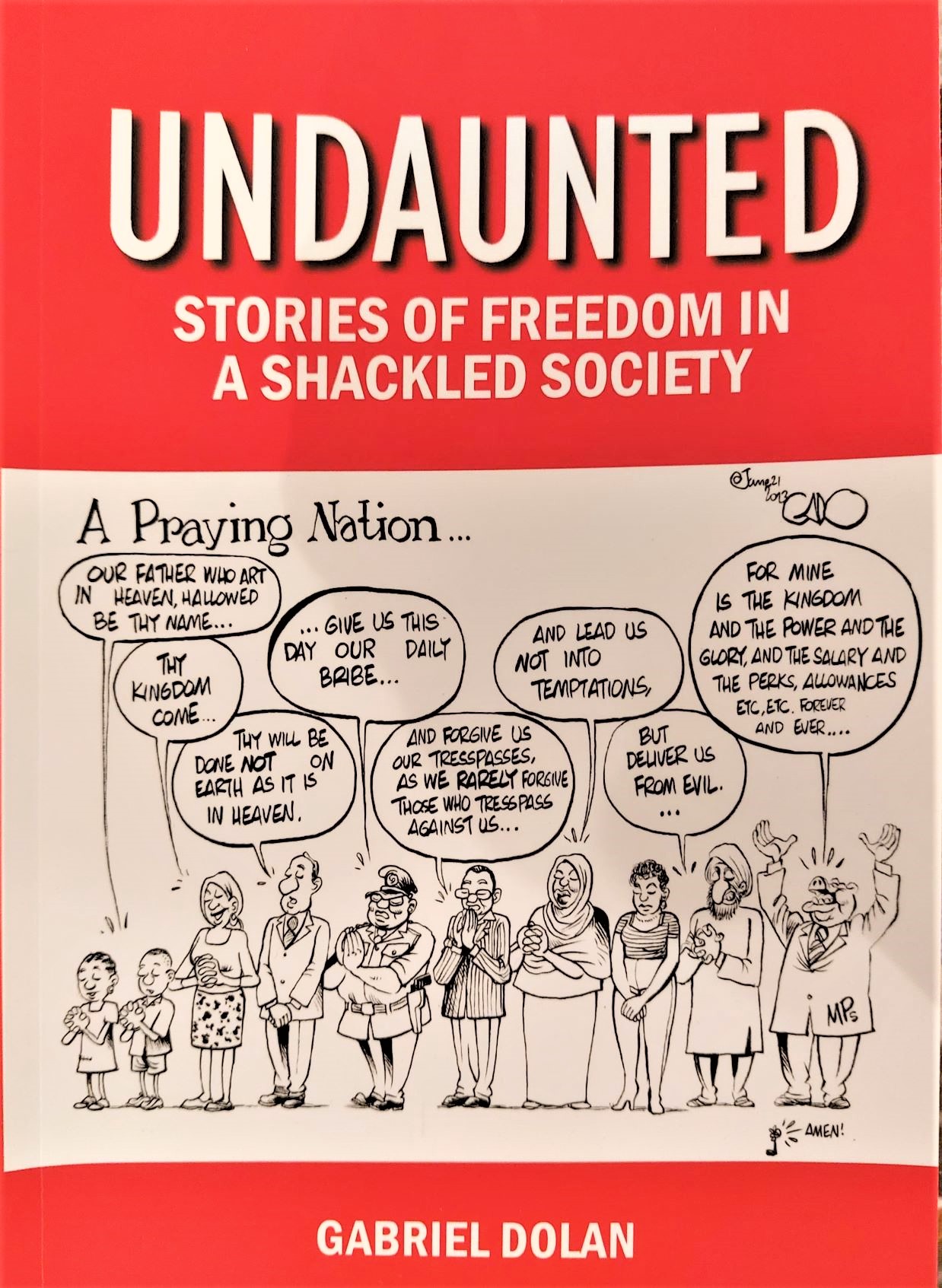 Fr Gabriel Dolan is a member of St Patrick’s Society for the Foreign Missions (Kiltegan) and a tireless high profile defender of human rights in Kenya.

In this book he presents a fascinating account of his struggles for justice and human rights in Turkana and elsewhere in Kenya, with a collection of columns published by the Daily Nation newspaper taking up most of the second part of the book.

One complete chapter is dedicated to the tragic slaying of fellow human rights defender and Mill Hill Missionary, Fr John Kaiser. Notable are his unadorned description of the dubious role played by the FBI as well as his appreciation of the judgment of Chief Magistrate Maureen Odera in the subsequent inquest.

He writes: ‘to free oneself or assist in liberating others involves risks, being suspicious of the status quo, leaving the safety of the shore and launching out into the deep and the unknown. This ia a very lonely calling too as one immerses oneself into the whole of reality with courage to confront and listen. Yet, the calling is not to be a liberator of the oppressed but to make a commitment to fight alongside them, as Paolo Freire wrote in Pedagogy of the Oppressed‘

Human rights work has its lonely moments and being part of a community is crucial for mental stability and focus. It is by no means accidental that Father Gabriel’s background as a Catholic priest and the community that that provides has been a significant factor in his longevity and success. Yet as he reminds us, the Church itself can be an obstacle when it too becomes a part of the ruling class and focuses more on status, access to power and privilege rather than be the catalyst for transformative change that Jesus embodied.

Sometimes the struggles for change are made bigger, and harder, because of the international hierarchy of power. Many think that the last four years of the Trump regime epitomized the disconnect between rhetoric and action of the US and its approach to human rights, but as far back as 2000, the US was playing fast and loose with facts and truth regarding the assassination of Father Kaiser for its own “strategic” interests, when the FBI was called in to “investigate” the killing, That the US could so callously play with the truth around the killing of its own (white) citizen in Father Kaiser’s assassination speaks volumes about its real views of human rights domestically and internationally. (Maina Kiai, prominent Kenyan human rights activist in the foreword)

On the investigation into the death of John Kaiser MHM:

After public demands for a thorough investigation into Kaiser’s death, Daniel arap Moi requested the FBI to investigate his death. From the outset it became obvious that they had a predetermined cause of death, and that was suicide. The chief political advisor of the US Embassy came to Kitale in early October and in the presence of Bishop Maurice Crowley and me stated that on the basis of the evidence tf they had received they were concluding that Fr Kaiser had committed suicide congratulated him saying that he was the only person in Kenya who subscribed that theory and politely requested that I might leave the room.

Pretty quickly it became obvious that the FBI were determined to propagate the suicide theory even before concluding their investigations and prior to the release of their so-called findings. To debunk and anticipate this I issued an open letter to US Ambassador John Carson as a press release*1 in an attempt to embarrass them into doing a more thorough and honest investigation. It was only the then People Daily that covered the story in depth but they gave it a front-page headline on Kenyatta Day October 20 2000 that read: ‘Priest claims FBI will betray Kaiser’.

The American Embassy was obliged to respond and the best they could do was to claim that I was a well-known scaremonger and should be ignored. However, it did delay the report and it was after Easter 2001 before they announced, just as I had forewarned, that Fr Kaiser had committed suicide. Yet most extraordinary of all was the fact that the FBI never signed off on their own report.

It was never very clear why the FBI sleuths facilitated a cover up but the perceived wisdom was that the Americans at that moment needed the cooperation and support of Mr Moi to arrest and extradite the principal suspects in the American Embassy bombing of August 16, 1996 that killed 213 people. Anything that might have frustrated or jeopardised that process would have caused outrage among the American people who were demanding justice for all the victims. It appeared a classic quid pro quo.

In any case the Church, his family and the Kenyan public boycotted the release of the report and dismissed it as a sham. They furthermore demanded a public inquest and this was soon granted after Mwai Kibaki replaced Moi in early 2003.

The inquest was later transferred to the Nairobi courts with Chief Magistrate Maureen Odera now assigned to hear it. One hundred and eleven witnesses in all testified. The FBI were also invited and given an opportunity to present their evidence. They were given three different dates to attend but they neither responded nor sent any written testimony. Of course, that spoke volumes about the credibility and seriousness of their so-called investigations. The inquest concluded in July 2007 and on 1 August Chief Magistrate Maureen Odera read her judgement. She ruled out the suicide theory but stated that on the basis of evidence presented before the court she could not identify who the killers were. Nevertheless, she named several individuals including Kantai, game wardens and Julius Sunkuli who should be investigated further.

Undaunted. Stories of Freedom in a Shackled Society is available from Amazon.