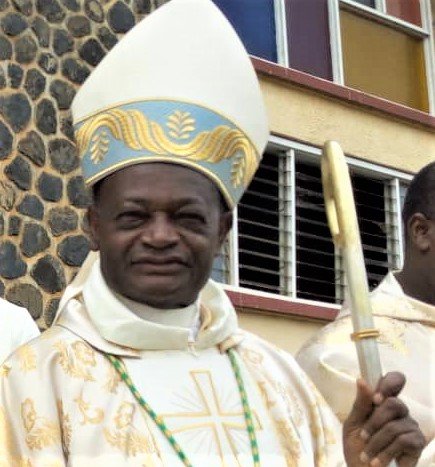 Bishop Nkuo who is shepherding the people of God “in one of the most hard-hit localities by the ongoing crisis has played and continues to play a great role in bringing warring factions to a cease-fire and respect of human dignity,” Fr. Leonard says about his Local Ordinary.

The Bishop strives to foster peaceful co-existence, the Cleric says, “with all tools available to him, not excluding appeal to consciences, and prayer for conversion.”

“That explains the blessing he gave, as he would to any other human being or stakeholder in the current crisis,” Fr. Leonard says, adding that Bishop Nkuo has “consistently called for an end to violence from whatever source, and for the addressing of the root causes as the best condition for lasting peace in the ongoing Anglophone Crisis.”

The Cleric further says in reference to the Anglophone crisis and the 67-year-old Bishop, “It is a crisis whose effects he himself has personally suffered as a victim of kidnapping, a target of libel from belligerents, and as an unwavering shepherd of a flock decimated daily by killings, displacement, insecurity and its resultant socioeconomic hardship.”