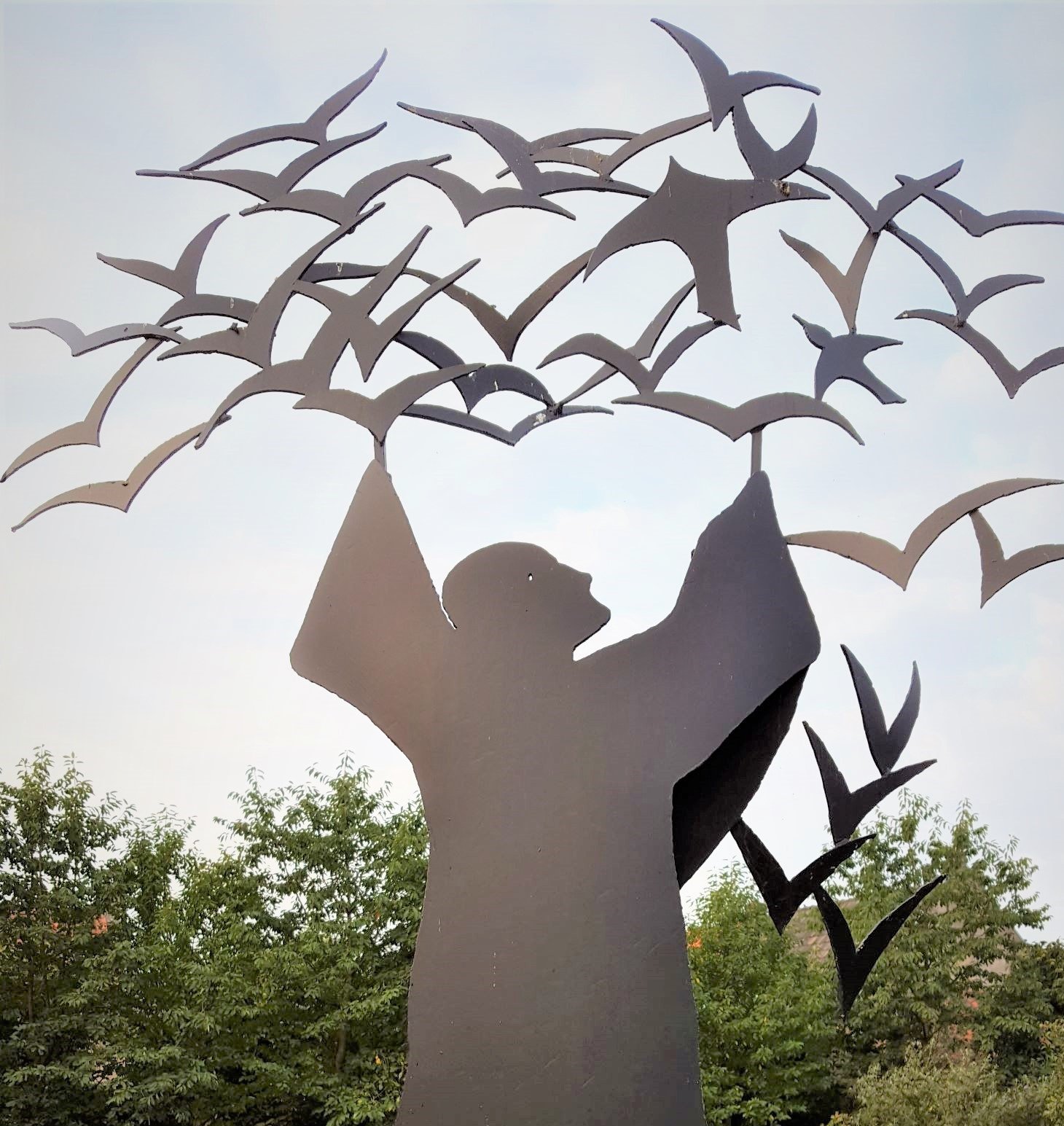 To mark the fifth anniversary of his encyclical Laudato Si′: On Care for Our Common Home, Pope Francis has declared May 16–24 “Laudato Si′ Week.” [1] The Daily Meditations this week will focus on how Franciscan spirituality impels us to act in response to “the cry of the Earth and the cry of the poor.” I must admit that I am often discouraged by the minimal efforts most Christians are willing to make to care for the earth, even at this critical juncture. The pandemic has shown our willingness to make sacrifices—at least to some degree—to protect our fellow humans, but we have not shown that same willingness to make even small changes to protect or heal the earth. I hope that will change!

Father Joshtrom Isaac Kureethadam, a theologian who has studied and written extensively about Laudato Si′, urges us to heed the warnings of both science and our conscience:

Today, our common planetary home is falling into ruin. We are on the brink of an unprecedented global challenge regarding the sustainability of our common home, which places a question mark on the future of human civilization. . . .

In the second chapter of the Gospel of John, there is a verse that the disciples attribute to Jesus as he drives out money lenders and sellers of sheep and cattle from the temple of Jerusalem: “Zeal for your house will consume me” [John 2:17). Prior to that verse Jesus tells those who are despoiling the holy place: “Stop making my Father’s house a marketplace!” [John 2:16]. . . .

Today, we could, and probably we should, understand this house as our common planetary home. It is this common home which is being despoiled and desecrated today. Significantly, our common home is also God’s own house, permeated by the Spirit of God from the dawn of creation, where the Son of God pitched his tent in the supreme event of the incarnation. It is in this common home that God co-dwells with humanity and of which we have been entrusted with stewardship, as we read in the book of Genesis [2:15]. The contemporary ecological crisis, in fact, lays bare precisely our incapacity to perceive the physical world as impregnated with divine presence. We have swapped the lofty vision of the physical world as God’s own abode, sanctified by the incarnation of the Son of God, with the one-dimensional mechanistic outlook of modernity. Accordingly, the physical world gets reduced to a mere storehouse of resources for human consumption, just real estate for market speculation. . . . Through pollution of the planet’s land, air, and waters, we have degraded our common home that is also God’s own home. We have turned this sacred abode into a marketplace.

In a situation of planetary emergency like the collapse of our planetary abode, we need to be aflame once again with the zeal for our common home.