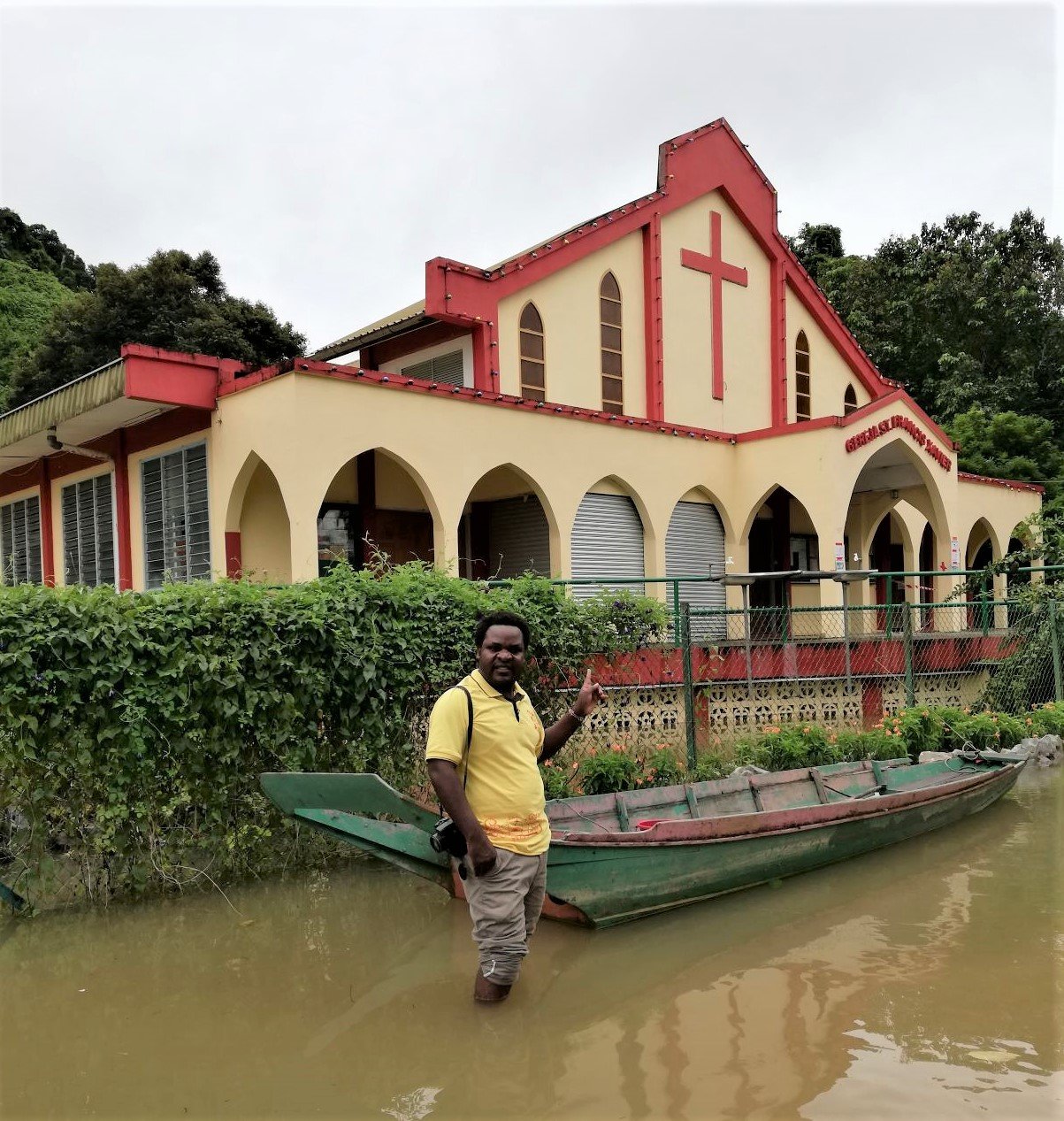 It has happened again: exactly 10 years down the line. And it has come without mercy. The last time Sarawak experienced heavy floods like the current one was in September 2010. Indeed the flood in most parts of Sarawak wreaked havoc and rendered many homeless and without basic needs. Most of the places that are severely affected are Kanowit, Song, Kapit and Sibu – the areas where more than half of Mill Hill Missionaries in Malaysia are serving. And there are indications that it may still continue.

Rivers are an important part of Sarawak’s ecosystem. Due to the heavy rains that continue to pound so hard even as I write, the water level in Batang Rejang, which is the longest river in Malaysia, together with that of its tributaries such as Balleh River above Kapit and Katibas River in Song has risen so high, hence the heavy floods. It has been rising silently but steadily.

Last week on Sunday (7th Sept), by evening the Kanowit River was already threatening to burst its banks. And it did at around midnight. Most people did not sleep as they had to move their belongings to higher grounds throughout the dark night. And for the last one week they have not been at peace. Their suffering increases day by day. We offered some of our houses to those staying around the Mission as the whole mission compound became a sea. And then a few days later, the level has now risen even more. The whole Church compound and Kanowit town is all flooded. The roads cannot be seen; instead it is boats that ply those routes. And this is true for the other areas as well, some of which are affected even more. According to official Sarawak government report, in Kanowit the water has risen by 5.27 metres. Other areas have recorded higher level of rising such as Nanga Merit, which is an outstation of Kapit Mission, where the water has risen by 21.44 metres, Nanga Entawau by 12.25 and Kapit by 15.32 metres. The damage it has left behind is widespread. As I see people’s belongings carried away by or spoilt by water, houses submerged even till the roof, people being rendered homeless and without basic needs, I empathize with these people. We are trying our best to provide them with some basic needs.

As all this happens, the children happily swim in the ‘temporary sea’ around our Church building oblivious of the pain their parents are going through at this time.

Let us continue to keep all those affected in prayer.