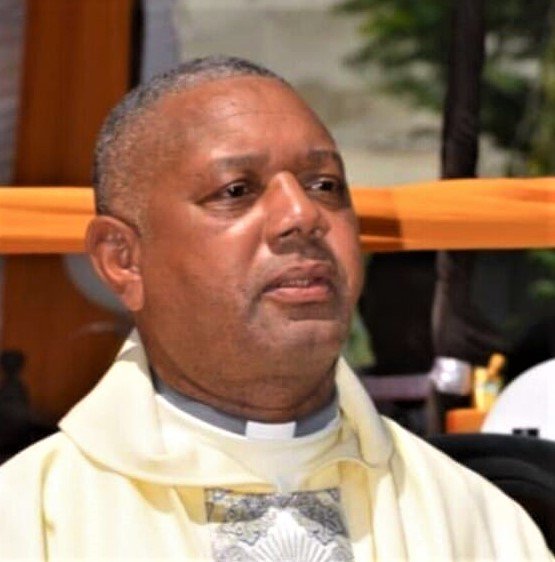 MALINDI, MARCH 19, 2021 (CISA)-Rt Rev. Willybard Lagho has been consecrated new bishop of the Catholic diocese of Malindi in strict adherence to Covid-19 health guidelines characterized by change of venue and restricted attendance.

Very Rev. Fr Albert Buijs the diocesan administrator for the Catholic diocese of Malindi in a statement ahead of the installation changed the venue from Bishop Francis Baldacchino Primary School Grounds to St Anthony’s Cathedral Malindi further limiting attendance to 600 persons.

“Following the Presidential Address on the Coronavirus Pandemic on Friday 12th March 2021, in which President Uhuru Kenyatta prohibited political and large social gatherings and limited religious gatherings to one third of venue capacity, and upon deliberations with health and security officials in Malindi, the Organizing Committee for the Episcopal Ordination and Installation of Monsignor Willybard Lagho as the third Bishop of the Catholic Diocese of Malindi has adopted the following changes to the Consecration Ceremony,” the statement read.

To achieve the 600 capacity, only 25 bishops and officials from Kenya Conference of Catholic Bishops were allowed at the event.

The function was limited to 50 priests from Mombasa archdiocese where bishop Lagho served as the Vicar General and number capped at 40 priests from Malindi diocese.

Only 60 sisters from the two dioceses were allowed at the event with numbers of seminarians, altar servers, guests of Bishop elect, family members, members of Catholic associations also limited.

The installation ceremony was led by the apostolic Nuncio to Kenya His Hubertus  Excellency Archbishop Matheus Maria van Megen assisted by Archbishop Martin Kivuva Musonde of Mombasa alongside 20 other Catholic bishops.

In his address, Bishop Lagho stressed on unity preaching against the “us versus them” narrative which threatens cohesion amongst a community. He called for solidarity between religious, political, traditional and civil leaders.

“We should learn to appreciate one another even those who don’t worship like us or those with divergent political alignment. In my own view and in my pastoral duty and my responsibilities in the community I will strive to promote cohesion amongst people who reside and get their service in the diocese of Malindi,” he said as he referenced to his court of arms.