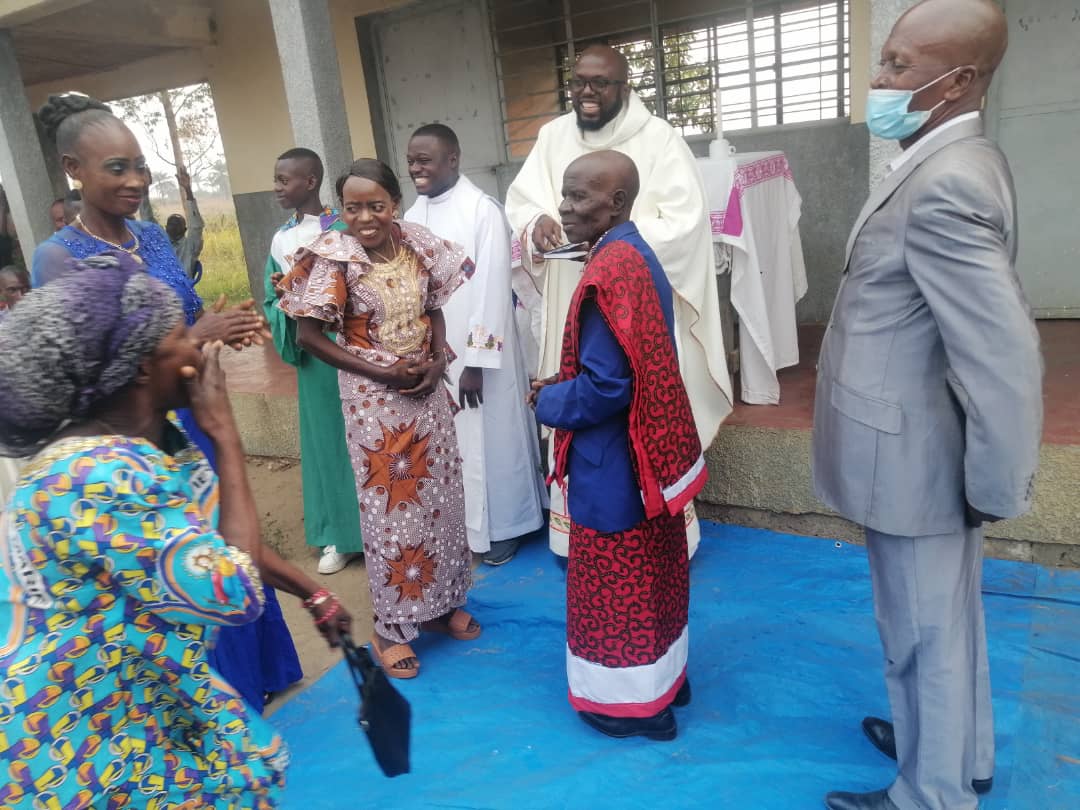 Church wedding has been a Sacrament which many Christians in our parish (St. François de Paul/Mose – Kinshasa) hardly think of. Teenager pregnancy has been a cancer which has destroyed the future of many girls. The majority of them give birth as early as age fourteen. This means that the number of single parents is very high in our parish. Hopefully, through awareness campaigns, we will be able to help many young people.

In spite of the unwillingness of the people to get married in church, there is a traditional chief and his wife who have opened the door to many by being the first couple of whom we have witnessed the wedding. Traditionally, chiefs marry many wives. I remember, sharing with a priest about this wedding. His first reaction was whether “he was going to get a traditional marriage or civil marriage.” After receiving his catechesis which has taken many months, today we witnessed his marriage.

I was moved by the short speech of the chief addressing to other chiefs: I have opened the door so that many of you can follow. Many of us, as chiefs, often worship small gods for protections. Instead of serving people through the guidance of the Holy Spirit, many of us search for witchdoctors to give us power. It is time to stop and serve the real God. Hopefully, as he puts it, he has opened the door for many future couples. May we continue praying for this couple, to have a fruitful family.

We continue as well praying for the future of our Society in the DRC.